Check out the blog tour for Sister of the Chosen One by Colleen Oakes & Erin Armknecht! 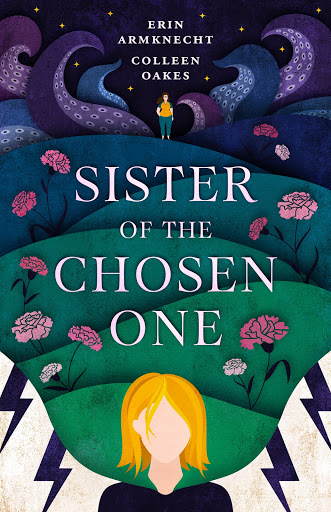 Sister of the Chosen One
by Colleen Oakes & Erin Armknecht
Genre: YA Sci-fi/Fantasy
Release Date: September 22nd 2020
Summary:
“Action-packed, empowering, and comic-book vivid, Sister of the Chosen One will have you cheering.” – Natalie Mae, Author of The Kinder PoisonValora Rigmore understands pressure. As the Chosen One (resident telekinetic, superstar and model girlfriend) her life revolves around it. According to an ancient prophesy, Valora is destined to fight Erys, a terrifying individual with the power to control monsters. Valora is worshipped at school, in the press and by her parents, but as the battle with Erys looms near, the cracks in her perfect façade are beginning to show.Her twin, Grier Rigmore understands disappointment. A curvy bookworm perpetually in the shadow of her sister’s legacy, Grier’s life is one long humiliation after another. However, as Valora’s fandom reaches an unbearable fever pitch, an interesting new boy and a clever teacher spark Grier’s curiosity about her own powerful gifts.When Grier’s star begins to rise, so do more questions, like: who is truly the Chosen One, and will two sisters at odds survive long enough to understand the answer?Best described as Harry Potter meets Mindy Kaling, Sister of the Chosen One is a darkly funny, female empowered YA epic about siblings struggling to connect with each other, free themselves of labels and save the world in the process.

Check out this fancast! 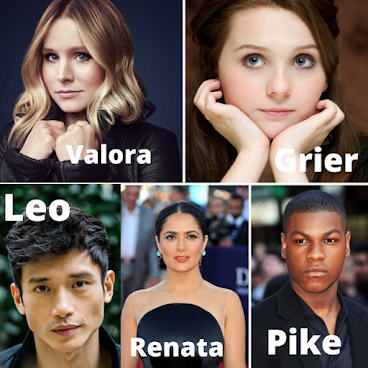 Colleen Oakes-
Colleen Oakes is the bestselling author of books for both teens and adults, including The Black Coats, Queen of Hearts Series, and The Wendy Darling Saga. She lives in North Denver with her husband and son. You can visit her at www.colleenoakes.org, on her Author Colleen Oakes Facebook page, on Instagram (@colleenoakes) or on Twitter (@ColleenOakes_).

Erin Armknecht lives in St. Louis with her husband, son and rescue dog. Sister of the Chosen One is her debut novel. You can find her Twitter @EisforErin, and on Instagram @erinarmknecht.
GIVEAWAY: 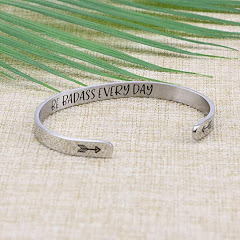