Today, find out more about THE MAGICAL CHRISTMAS DO-OVER. 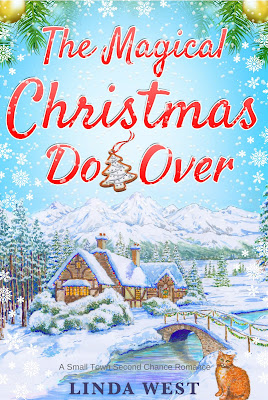 Title: THE MAGICAL CHRISTMAS DO OVER
Author: Linda West
Publisher: Morningmayan Publishing
Pages: 320
Genre: Holiday
BOOK BLURB:
Three women, thrown together by fate, get a second chance to go back in time and change their lives forever.

It was a cold
December eve, some say the coldest in decades, and a blizzard warning was in
effect. It was the Friday before Christmas and most of the other workers of
Kennedy and Crane had already left for the Christmas holiday weekend.
Samantha looked
at the clock and groaned inwardly. It was after 8
o’clock and her boss was in an extra foul mood even for her.
“Shouldn’t you be
getting home to put on that awesome Chanel dress you bought for the big night?”
She asked.
Macy spun around
enraged, and Samantha sunk back.
Macy’s dark brows
knit together and her brown eyes looked nearly black with the size of her
pupils. She ran her hands through her short dark hair and then stared at
Samantha with disbelief on her face.
“I got a text
from Todd an hour ago. He’s gone off to LA with some friends for Christmas!”
Samantha’s mouth fell open. “What, why?” She stopped
herself. “I’m sure he has a good reason Macy.”
Macy snorted.
“Yeah, good reasons usually don’t come in a text. I’m losing him Sam.”
Macy plopped down
in her chair and stared out the large picture window of her sleek office, and
tapped her long manicured nails on her desk like a woodpecker.
“Says he’ll call
me when he gets back…in a month.”
Samantha’s
groaned inwardly. Poor Macy, it looked like she was getting the ultimate big
let down. Broken up with at Christmas. No engagement celebration after all.
“Here’s a piece of
mail you didn’t get.” Sam offered up happily as she placed it on Macy’s desk.
“Send it back.”
Macy said dully without turning.
Samantha
continued hopefully. “It’s not the annual Christmas invite from your mother
Macy, that one is always in a red
envelope. I always send that
back. This is something different.”
Samantha looked at
the pretty Tiffany blue colored envelope.
“It’s addressed
to you personally, not the company.”
Macy cocked her
head to the side intrigued.
Sam rushed on
eager to bring some sort of happiness to her boss. “Maybe it’s a love letter
from Todd with two tickets to Paris
for when he gets back?”
Macy let out a big
huff and gazed out the window at the oncoming storm. They both knew that wasn’t
the case. Todd’s last minute text was just a breakup in disguise.
But if not Todd
then who? Macy really didn’t have any close friends that would send her a
Christmas card. Anyone that did know her at all, knew she abhorred Christmas.
Too much money being spent in the name of sentimentality and tricky marketers
as her father always said.
Macy waved her
hand without looking back at Samantha as if she were a servant.
“Read it.”
Samantha scanned
the letter, then suddenly, caught her breath and brought her hand to her heart.
“Macy.”
Something in
Samantha’s tone made Macy spin her chair around.
“What?”
“Its from a
friend of your mothers, a Ms. Carol Landers.”
“You have got to
be kidding me!” Macy threw her hands up in the air.
Now my mother is having her friends beg me to come home and
visit her? How utterly selfish!”
She shook her
head in disbelief. “What is it with my mother? She ruins my life and then she
stalks me! Can’t she see no matter how many times she begs me to come home for
Christmas – I’m not going to Kissing Bridge to see her?”
Samantha
swallowed uncomfortably and croaked out, “I’m so sorry Macy. But this letter
says that your mother passed away yesterday, and you’re the only relative left
to claim her body.”
She looked up
sadly and met Macy’s stunned eyes.
“You have to go
home to Kissing Bridge.” 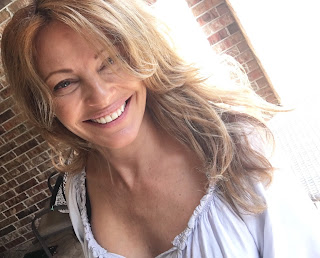 Linda West is an Amazon best seller and author of the best selling
series ‘Christmas Kisses and Cookies.’ She writes books that feature
food and fun and includes her own recipes from her quaint beach café in
Malibu.