Official Blog for the Animated Insights of Shannon Muir: Animation Writing and Production Pro and Author

An animation professional known for her desire to give forward to pros and fans alike, Shannon has expanded her reach to writing prose, and showcasing those authors as well. Read interviews and guest posts from INFINITE HOUSE OF BOOKS, plus Shannon's own content.

In Infinite House of Books

Today, we look at the book, THE PROPHETIC MAYAN QUEEN.

DISCLAIMER: This content has been provided to SHANNON MUIR’S INFINITE HOUSE OF BOOKS by Premier Virtual Book Tours. None of it reflections opinions of Shannon Muir. No compensation was received. This information required by the Federal Trade Commission. 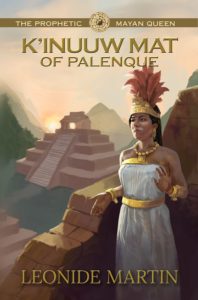 Publisher:  Made for Success Publishing/Made for Wonder (Dec 1, 2018)

Available in Print and ebook, 350 pages

She was born to serve the Goddess Ix Chel. But K’inuuw Mat is destined to continue the Palenque (Lakam Ha) dynasty by marriage to Tiwol, fourth son of famous ruler Pakal. Trained in prophetic arts, she uses scrying to foresee the face of the man with whom she will bear the dynastic heir—but it is not her husband’s image. She is shocked upon arriving at Palenque to recognize that face as her husband’s older brother, Kan Bahlam. They are immediately attracted, sharing deep interest in astronomy. Though she resists, the magnetic force of their attraction propels them into forbidden embraces, until Kan Bahlam designs a bold plan that would solve his inability to produce a son—if he can gain his brother’s cooperation. Set in the splendor of Lakam Ha’s artistic and scientific zenith, royal family conflicts and ambitions play out in a tapestry of brilliant Mayan accomplishments in calendars, astronomy, architecture, arts, and secret language codes that will astound people centuries later. As K’inuuw Mat contends with explosive emotions, she must answer the Goddess’ mandate to preserve Mayan culture for future generations. Her passion with Kan Bahlam leads to a pale daughter and bold son who carry this out as their civilization begins the decline and eventual collapse her prophetic vision foresees. One great cycle rolls into the next . . . Contemporary Mexican archeologist Francesca and her partner Charlie, a British linguist, venture into Chiapas jungles to a remote Maya village, seeking to unravel her grandmother’s secrets. The hostile village shaman holds the key, but refuses to share with outsiders the scandal that leads to foreign blood and ancient Palenque lineages. Only by re-claiming her own shamanic heritage can Francesca learn the truth of who she is, and bring her dynasty into the present.

“K’inuuw Mat…struggles to embrace new ideas, a new destiny, and a much broader purpose…  Readers who have enjoyed the other books in this series will find an even more compelling story… takes an individual’s spiritual and political perspectives and turns them on end, leading a young woman to realize her value and purpose far beyond her belief system or the duty she’s been assigned… She’s prophesized the very decline her culture is experiencing, but can her choices then make a difference in its ultimate preservation? Riveting…engrossing, well-detailed…”-Donovan, Senior Reviewer, Midwest Book Review

“It is expected she will follow her matrilineal line by being the daughter of her generation who will serve the goddess Ix Chel on Her island of Cuzamil. However, an oracular prophecy says she will serve the goddess in a different way. At first, K’inuuw Mat resists this and contemplates escaping back to the island. In the end, she accepts Ix Chel’s will for her. The prophecy comes to pass when she becomes bride to one of the sons of the ruling family in Lakam Ha. She does her own divination to see what her future husband looks like and is granted a vision of a man who turns out to be her husband’s brother. What does this vision actually mean, and how will it affect her people? This was a complex, quite advanced culture… the Mayan language was very flowery and formal… and I liked that not only was the dialogue written this way, but the entity of the story was… K’inuuw Mat was the first book of this series that I’ve read, but I went and purchased the previous ones. I’m looking forward to reading them. A highly recommended book for those interested in the ancient Maya, or archaeology in general!”-Aislynn d’Merricksson, Seattle Book Review

“Imagine this book in vivid color on the big screen with the opening scene set in a canoe traveling in the Caribbean blue waters close to the tropical island of Cozumel at the time of the ancient Maya, and the spectacular ending scene at the magnificent Mayan archaeological site of Palenque in the mountainous jungle of Chiapas, Mexico. Awesome! This book will carry you away to another place. It is hard to put down. This compelling story, which is based on well-research history, and the author’s lively imagination brings to life the ancient Mayan people, their rulers, their gods, their romance, and their struggles for survival, revenge and justice.”-Jane Grimsrud, Mayan Travel Guide

Guest Review of the Book by Laura Lee

Wow. Whenever I read a book like this I cannot imagine the amount of research that must have gone into it. Leonide Martin’s bio says that she is a professor and Mayan researcher and I’m not surprised to hear that considering the depth of information in this book.

Martin seems to have a way with providing just the right amount of detail to draw the reader in and illustrate the world without dragging it down with a bunch of unnecessary stuff. I have read very few writers who can accomplish that and she seems to do it with ease.

Writing about history is one thing, but writing about a totally different world through the eyes of a 12 year-old girl is a totally different ballgame. Martin’s heroine, K’inuuw Mat was interesting, kind, motivated and, and this is the most important part– realistic! It was simply amazing to read about a girl who would have lived thousands of years ago and be reminded of my own self as a young woman.

What an experience this book was! I’m going to be keeping it in my library for future re-reads and to help me in my own historical writing. Maybe the goddess Ix Chel can bless me in my own work and make it just as historically accurate and entertaining as this one. I Cannot recommend this book highly enough if you’re on the fence about reading it! I give it all 5 stars!

Where do you get the names for your characters? Most of the characters have historic names, and I use these as archeologists have spelled them. With progress in the ability of epigraphers to read Maya hieroglyphs, different spellings have emerged. My choice about which spelling to use is influenced by my past exposure to those names, and my sense of which spelling would be easier for English readers to understand. For fictional characters, I select Mayan words from a list that I’ve generated over the years. Mostly the translations of those words guide my selection, since I try to fit the name to the character.

How long did it take you to complete the book? Active writing took nearly two years, though I’d been collecting research for this time period all along.   –

Which character do you love to hate? Probably my most villainous character in this book is Talol, wife of Kan Bahlam. She is jealous, scheming, and vengeful with no redeeming virtues. But, she deserves some sympathy because she is so deeply wounded by her amorous and disdaining husband. Talol does get to inflict considerable harm on those invoking her wrath, but meets poetic justice.

Tell us about your cover. Did you design it yourself?  The inspiration for this book cover comes from the story itself, and my knowledge of solar phenomena at Palenque. I had the cover designed and completed by a graphic artist before I started writing the book, although I had already conceptualized the story. I knew how the story would end, and the cover depicts the final scene in which K’inuuw Mat stands on the top step of the Sun Temple built by Kan Bahlam. She honors him and his genius while symbolizing the continuous cycles of Mayan culture. I sent a sketch to my artist, gave him pictures of the temple, solar phenomena, and depictions of K’inuuw Mat on tablets at Palenque. He did a magnificent job! –

What words do you use over and over that drive your editor crazy?  The most overused word is “mused” for a character thinking things over. Too much time is spent with characters “sipping hot cacao-chile infused beverages.” My worst editor-crazing trait is misspelling some common words, such as “got” for “get” that spell check doesn’t pick up. My goal is to vary adjectives and verbs so I don’t use the same ones over and over.

You are sitting in a coffee shop. What does your writer mind see?  The mix of different people, colors and patterns on shelves, murmur of conversation, smell of fresh coffee, opportunities for friendly or clandestine meetings.

What are you currently working on?  Right now I’m focused on marketing my new book. That takes a surprising amount of writing, plus many details getting things set up and activated. I’m doing a little background work on a possible narrative nonfiction book based on my own Acadian and French roots in southern Louisiana. In the think tank is a mystery series set in Yucatan during the 1920s, involving young women breaking free, exploring the world, and getting into adventures solving Mayan grave robberies and antiquities thefts.

“Fans of historical fiction rejoice!… the eagerly-awaited Book 4 of Leonide Martin’s Mists of Palenque series, has arrived! Martin weaves masterful storytelling with scholarly research and intuitive insight to bring-to-life a lost culture in this rich series. She draws one into a world of unique and exotic customs, politics, history, arts, sciences, spiritual practices, and relationships, so artfully and seamlessly, that the reader feels she has time-traveled and experienced the Mayan life and culture first-hand. I simultaneously could not put this page-turner down and didn’t want it to end. Fans of historical fiction rejoice. You are in for a treat!”-Stephanie Costanza, Research Associate, UCSF School of Medicine

“I loved reading The Prophetic Mayan Queen. This book really tied the series together, but I think it would be a great read on its own. What a fascinating civilization the Mayans were! The vivid descriptions of the daily lives, how the community was organized, what deities they worshiped and why, how the children were raised and educated, what careers they chose and why; all of this was a fascinating look at an ancient civilization… Read this book and the entire series, you won’t be disappointed!”-Leslie Oberholtzer, Amazon Reviewer 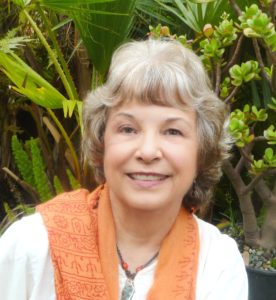 This giveaway is for 3 winners choice of one print or ebook copy of the book. Print is open to Canada and the U.S. only and ebook is available worldwide. This giveaway ends February 28, 2019, midnight pacific time. Entries are accepted via Rafflecopter only. 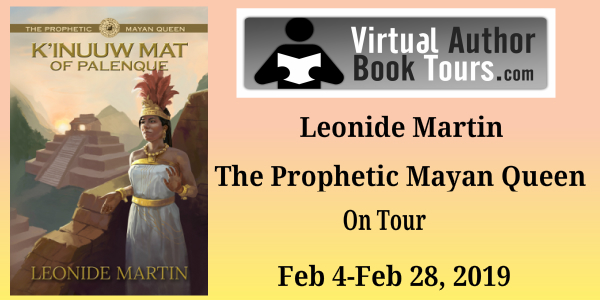 SHANNON MUIR began working in animation on shows like EXTREME GHOSTBUSTERS and INVADER ZIM, worked on the virtual world NEOPETS/PETPET PARK, and now has credits writing for animation and short stories.

CHECK OUT SHANNON MUIR’S INFINITE HOUSE OF BOOKS ON TWITTER