Every Thursday this month, get a sample of what goes on at THE PULP AND MYSTERY SHELF, a site inspired by SHANNON MUIR’S INFINITE HOUSE OF BOOKS dedicated to featuring authors from the mystery, crime, suspense, science fiction and fantasy genres. This week highlights MURDER, SHE KNIT. 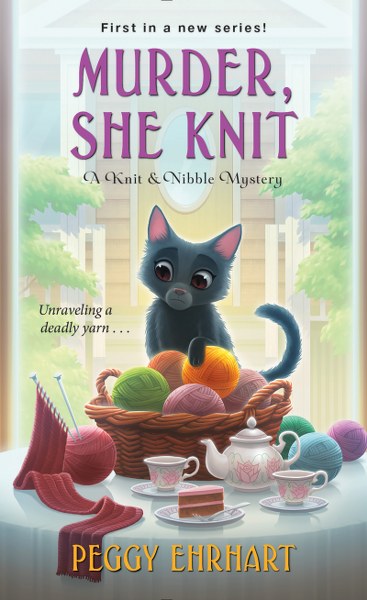 Since her only daughter left for college, widow Pamela Paterson has kept
busy as associate editor of a craft magazine and founder of the Knit
and Nibble knitting club in quaint Arborville, New Jersey. Now, she’s
trying out a new hobby—solving murders!
Pamela is hosting the next Knit and Nibble meeting and can’t wait to liven
up her otherwise empty home with colorful yarn, baking, and a little
harmless gossip. She even recruits Amy Morgan, an old friend who
recently moved to town, as the group’s newest member. But on the
night of the gathering, Amy doesn’t show. Not until Pamela finds
the woman dead outside—a knitting needle stabbed through the front
of her handmade sweater . . .
Someone committed murder before taking off with Amy’s knitting bag, and
Pamela realizes that only she can spot the deadly details hidden in
mysterious skeins. But when another murder occurs, naming the
culprit—and living to spin the tale—will be more difficult than
Pamela ever imagined . . .
Knitting tips and delicious recipe included!
Add to Goodreads
Amazon * Apple * B&N * Google * Kobo 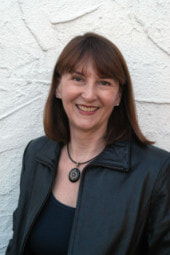 Peggy Ehrhart is a former English professor who lives in Leonia, New
Jersey, where she writes mysteries and plays blues guitar. She holds
a Ph.D. in medieval literature from the University of Illinois and
taught writing and literature at Queens College, CUNY, and Fairleigh
Dickinson University, where she was a tenured full professor. Her
short stories have appeared in Futures Mystery Anthology
Magazine, Crime and Suspense, Flashing in the Gutters, Spinetingler,
Crime Scene: New Jersey 2, and Murder New York Style. A longtime
member of Mystery Writers of America and Sisters in Crime, Peggy
served on the board of MWA New York as head of the Mentor Committee.
She was president of Sisters in Crime NY/TriState from 2013 to 2015.
Peggy regularly attends mystery writing conferences and participates
in conference panels and also gives talks on mystery fiction at
libraries in New York, Connecticut, and New Jersey.
Website * Facebook * Amazon * Goodreads