DISCLAIMER: This content has been provided to INFINITE HOUSE OF BOOKS by Book Unleashed. No compensation was received. This information required by the Federal Trade Commission.

Today, we are excited to announce the release of My Lord Ghost, book two of The Grace Sisters Trilogy. Sweet, warm and alluring, My Lord Ghost is the new romantic novel by award winning author Meredith Bond that promises to captivate your heart.

Buy now! My Lord Ghost is available on sale at Amazon, Barnes & Noble, Kobo and Smashwords. Also, read on and find out how you can join My Lord Ghost Giveaway Contest and WIN! 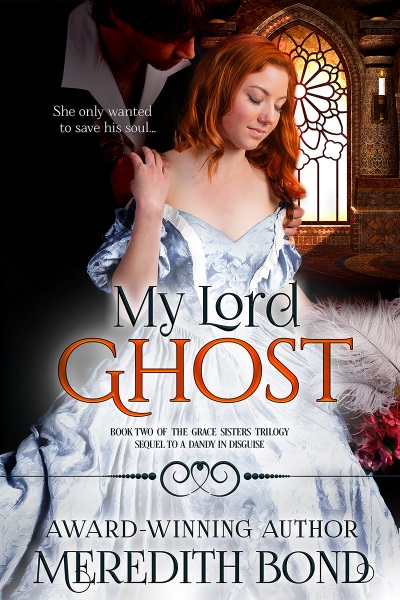 About My Lord Ghost

Laia Grace wasn’t raised in society and besides, meeting men was so much fun! But when the naive Regency miss introduces herself to the wrong person, her father decides that it’s time she grew up. If only he knew that the house he was sending her to had a ghost in residence.

Marcus is haunting his own home, living in the secret passages and priest holes while he tries to deal with the horrific events that led to his brother’s death. But when an angel shows up and coaxes him into telling her his story, he discovers a reason to live.

Will he be willing to risk both his own life and his heart to save her?

Join My Lord Ghost giveaway contest!
Get a chance to win A Dandy in Disguise eBook by Meredith Bond (Book One of the Grace Sisters Trilogy) and a $25 Amazon Gift Card!

Other Books by Meredith Bond

Be sure not to miss Book One of The Grace Sisters Trilogy by Meredith Bond. 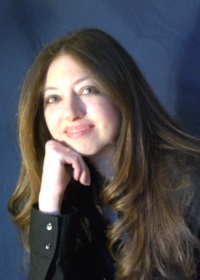 Meredith Bond’s books straddle that beautiful line between historical romance and fantasy. An award-winning author, she writes fun traditional Regency romances, medieval Arthurian romances, and Regency romances with a touch of magic. Known for her characters “who slip readily into one’s heart”, Meredith’s paranormal romances include her Storm series set in during the English Regency, her post-Arthurian fantasy series, The Children of Avalon, and a series of traditional Regencies—without magic—called The Merry Men Quartet. Her newest series, The Grace Sisters, is a spin-off from The Merry Men Quartet. She has also written two non-fiction books: Chapter One: A Fast, Fun Way to Write Fiction and Self-Publishing: Easy as ABC.

Want to know more? Come visit Meredith at her website, http://www.meredithbond.com/ or chat with her on Facebook (http://www.facebook.com/meredithbondauthor/) or Twitter (@merrybond). If you’d like to be one of the first to know of Meredith’s new releases and get a free short story every month, join her email list here http://meredithbond.com/blog/newsletter-sign-up/