This week, find out more about the book NADYA’S WAR  in an interview with its author. 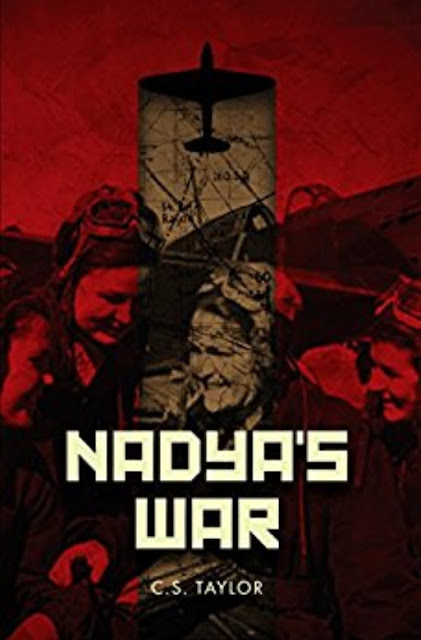 INTERVIEW WITH THE AUTHOR:

I liked to talk a lot when I was a kid in grade school. And I mean a lot. I would, of course, get in trouble for it at least once a day. I wasn’t being malicious to others, but I just had stories to tell whoever was sitting next to me.

It was so bad that one year we had a new teacher take over in the middle of the year and she was going to let us change seats if we wanted. I instantly raised my hand to try and get to sit next to my best friend across the room (we’d been split apart since the first week of school), and to my dismay she already knew who I was and was advised not to move me.

So, at some point I realized channeling all that story energy onto paper was a good idea and ran with it instead of chatting up everyone and getting constant notes and phone calls to home.

As I wrote, grade school and middle school were filled with short stories, fanfiction, and ripoffs of games I liked to play (Ultima V most notably). During high school I churned out my first full-length manuscript, and from there I kept trying to write another novel someone would want. It took more than a few tries to get to Nadya’s War.

What genres do you write in?

Aside from historical fiction (obviously), I’ve written commercial fiction a lot since it’s so broad, and have some military fiction under my belt, too.

What drew you to writing these specific genres?

I got drawn into historical fiction simply because there are a lot of periods of history I find fascinating, and I love stories set in them. As such, especially with the case of Nadya’s War, when I thought, “there’s a good story here” I started going to work.

How did you break into the field?

Well, time will tell if Nadya’s War officially counts as breaking in, but I will say this, it took a lot of perseverance, a lot of pushing doubts aside, and a lot of hard, honest looks at my work (and seeking invaluable constructive, detailed critiques) to make my writing better.

My primary goal with Nadya’s War is to tell a story that transports the reader into another time and setting that not many are familiar with. Hopefully those who read Nadya’s War will have a healthy respect and admiration for the brave, young women of the 586th all-female fighter regiment.

I’ll always write, even if no one else reads what I put to paper, just because I can’t help myself from telling some sort of story. But my biggest reward has always been someone picking up what I’ve done, giving it a read, and saying they really like it—total strangers who say this to me pretty much make my week.

At the beginning of any story, it’s simply reminding myself that the first draft is supposed to be terrible and not to sweat all the details, plot holes, flat-as-a-pancake characters, etc. This can trip me up a lot of the time as I want my first draft to be as good as the final draft of my previous, which is nonsense of course. Toward the end of the writing processes, I have to remind myself to keep revising, keep looking for feedback and ways to make scenes, paragraphs, even lines better. That can be hard, too, because it’s easy to say “it’s done” when it’s not, especially when working on those last few percentage points of being completely, totally, 100% done.

Never give up and set realistic goals. Both of these will get anyone past the first however many not-so-hot attempts at a novel. After that, read a lot, and this includes not only whatever genre you want to write, but also books/articles/blogs/etc. designed to help you write better. Last, and not least, find writing groups or at least a few critique partners that will (politely) tear your text to pieces if that’s what it needs to get better. Family and friends encouraging you are always good—and needed—but chances are, they don’t know what’s wrong with a piece and/or won’t tell you.

What type of books do you enjoy reading?

Pretty much anything with a good story and great characters, though I typically find myself browsing the general fiction and historical fiction areas, though I do wander into the mystery and SF/F sections from time to time.

Is there anything else besides writing you think people would find interesting about you?

I really like whitewater kayaking and scuba diving, though sadly, I haven’t done either in a fair amount of time. If that’s not a particular person’s cup of tea, I can usually hold a good conversation without anyone as the world is an interesting place. As a small, personal note, I’m terrible at keeping plants alive. I once killed a cactus because I didn’t water it enough. In my defense, if it barked like the dog, it would’ve gotten more attention.

I have a small little website at cs-taylor.com that I’m slowly learning to tend to it more than I did my poor cactus. I have a contact email there as well people are free to use.

Nadezdah “Little Boar” Buzina, a young pilot with
the Red Army’s 586th all-female fighter regiment, dreams of becoming an ace.
Those dreams shatter when a dogfight leaves her severely burned and the sole
survivor from her flight.
For the latter half of 1942, she struggles against crack
Luftwaffe pilots, a vengeful political commissar, and a new addiction to
morphine, all the while questioning her worth and purpose in a world beyond her
control. It’s not until the Soviet counter-offensive at Stalingrad
that she finds her unlikely answers, and they only come after she’s saved the
life of her mortal enemy and fallen in love with the one who nearly kills her. 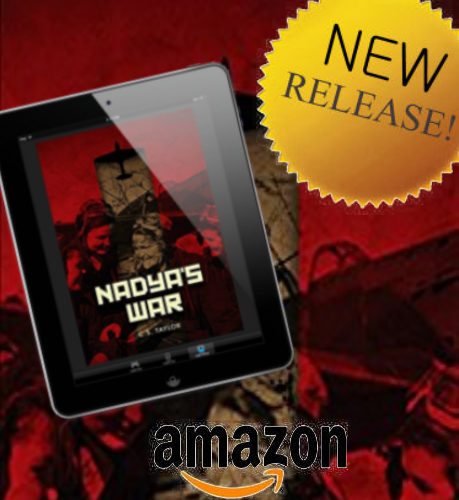 Seven of us zipped through the overcast
sky, a dozen meters beneath the cloud layer. Gridnev flew lead and a girl named
Tania from First Squadron flew on his wing. Alexandra and I cruised next to
them about thirty meters away. I pictured myself as a modern version of my
ancestors who rode into battle on horseback, courageous and strong. If only
they could see me now, sailing through the air to drive off the invaders. I
wondered if they’d be proud or jealous. Maybe both.
The four of us escorted a flight of
three Pe-2s from the 150th High-Speed Bomber Regiment across the
snowy landscape. That unit was led by Lieutenant Colonel Ivan Polbin who I’d
heard was quite the commander. I’d also heard he enjoyed music and sang well,
like me, which made me think we’d get along—even if he was a die-hard communist
and loyal to Stalin.
The twin-engine Peshkas flew nearly
as fast as our fighters, something I was grateful for. I’m certain the three
crew members inside each bomber were thankful as well, since unlike the German
Heinkels and Stukas, these planes were tough to catch for any aircraft. That
being said, I was glad I was in my Yak-1. I wouldn’t have wanted to fly one of
those bombers at all, no matter how prestigious they were. They were still big
targets, and far less nimble than the fighter I had. I prayed we’d keep them
safe.
All the Pe-2s, however, did have
fresh, winter paint jobs. Their off-white and tan colors hid them well in the
surroundings, and if I wasn’t paying close attention, I’d even lose sight of
them from time to time. Their target was a rail depot the Germans were using to
bring in supplies and troops headed to Stalingrad.
Obliterating it would disrupt logistics and force the Luftwaffe to keep it safe
once rebuilt.
With luck, the Germans wouldn’t
spot the Peshkas until the bombs were already dropping and they were headed
home. I fantasized about how easy of a mission this could be as we went deeper
into enemy lines. Those thoughts almost turned into dreams as the drone from my
fighter’s engine combined with the dreary sky nearly put me to sleep, despite
the digging pain in my arm.
“Tighten up, Little Boar,” Gridnev
called out over the radio.
My eyes snapped to the formation.
I’d drifted away from the bombers by a good fifty meters sideways and at least
that in altitude. I glanced over my shoulder to see Alexandra off to my right.
She’d stayed with me even as I wandered. “Reforming now. Thought I saw
something below and wanted a better view.” 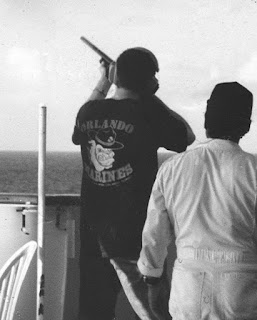 C.S. Taylor is a former Marine and avid fencer (saber for
the most part, foil and epee are tolerable). He enjoys all things WWII,
especially perfecting his dogfighting skills inside virtual cockpits, and will
gladly accept any P-38 Lightnings anyone might wish to bestow upon him. He’s
also been known to run a kayak through whitewater now and again, as well give
people a run for their money in trap and skeet.
His latest book is the historical fiction, Nadya’s
War.