Today, find out more about the book THE ANCIENT TRIPOD OF PEACE.

DISCLAIMER: This content has been provided to SHANNON MUIR’S INFINITE HOUSE OF BOOKS by YA Bound Book Tours. No compensation was received. This information required by the Federal Trade Commission.
Welcome to my stop on The Ancient Tripod of Peace blog tour! 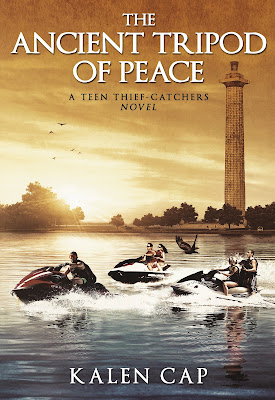 Teens Lexi and Gil face relic-thieving secret societies.Plagued by loneliness in her Lake Erie Islands community, vegan Lexi hopes to make like-minded friends in high school. But her dad’s job is jeopardized when relics are stolen from his museum, changing her priorities. And she finds her new teachers’ eerie dislike of her troubling.His dad in jail, cipher enthusiast and bacon-loving Gil hopes freshman year will provide a clean slate. Soon, he discovers secret codes within a Shakespearean play while paired with Lexi, pulling him into an ancient mystery.With the official museum burglary investigation stalled, the mismatched teen sleuths join forces to try and crack the case. Lexi’s inquiries and Gil’s codes capture their teachers’ attention. But these teachers have the stolen Tripod of Peace, a powerful relic sought by rival secret societies. Caught in these societies’ crossfire as thieves wield an instrument of astounding power, Gil and Lexi are in danger.The Ancient Tripod of Peace is the first book in novelist Kalen Cap’s Teen Thief-Catchers Series. If you like stories with artifact treasures, fighting secret societies, and spirited protagonists, you’ll enjoy this novel.

Though some writers are “pantsers,” those that write creatively without an outline, I find outlining to be essential for writing a mystery novel. If the major events of a story are well-planned, then this allows more complex plots to keep readers intrigued, whether they are guessing who is involved in crimes or the motives behind them.

To outline effectively for more complex plots, research is an important tool. Since I enjoy reading history and prehistory anyway, I’ve found this research lets me delve into complexities that are often missed in traditional education. For example, in ancient times, Pythagoras was as well known for his mysticism teachings as for his mathematics. Bringing that research into a modern storyline helps readers relate to a character more readily when already familiar with a historical figure or event.

While plenty of resources review the classic arc of a story plot, writers have plenty of choices in handling the specific components. Traditionally, characters in a setting encounter a problem. Their journey towards hopeful resolution leads to rising action that reaches a climax. There may or may not be much falling action after the climax regarding a resolution along with a final denouement.

If the writer chooses a complex plot, exposition within the various plot elements may be simplified. If the plot is kept simple, red herrings to keep readers guessing may be introduced. Or a writer may have more complex exposition about specific details and descriptions, adding richness and complexity to a simple plot. A middle path between too much simplicity and too much complexity will keep a mystery interesting without turning it into a slog.

Since “The Ancient Tripod of Peace” has a more complex plot and denouement, I kept the exposition rather simplified for a quicker, fast read. The choices for writers within the standard framework are virtually endless on how to handle plot. For mysteries, I feel that it is usually better to have the plot well-planned and researched.

Buy Links: Kindle | Paperback
Excerpt:
(3) Lexi
Lexi hadn’t met any vegan guys her age, only girls. “Want to join me and Anita later?”
“Sure. I’ll try it out,” Trevor agreed.
“We only have a day to find our code for this topic,” Gil said. “Let’s focus on the project. I don’t want to start out locked in with something weak.”
The three read the project description again. Lexi felt clueless. She asked the others how to begin.
Gil said the topic related well to his social science fair project the year before on secret codes in writing.
Lexi rolled her eyes. From the way Gil told it, the project was designed for him. Full of yourself maybe?
Trevor said he spent part of a summer in Greece the year before when his father ran workshops there. There, he’d learned about ancient Greek history. Lexi didn’t mind as much when Trevor made it sound like his experiences aligned with the project. Unlike Gil’s, Trevor’s voice soothed her.
Trevor and Gil both stared at her expectantly. She blushed, first believing they were checking her out. But she soon realized they wanted to hear her special connection to the project topic.
“My grandmother usually teaches history here, too. She gave the opening talk at assembly. Oh, and my granddad’s an actor. He used to be a professional and acted in lots of Shakespeare. They can give me pointers,” Lexi said. My grandparents? That’s my “in” on the project? I’m such a loser. She was determined to not be the weakest link in the group. 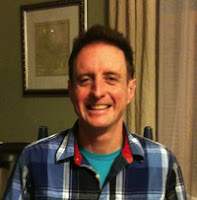 About the Author
Kalen Cap is a writer living in Columbus, Ohio. Active in animal protection and environmental causes, he often brings such concerns into his fiction writing.After having a number of poems and short stories published, as well as original plays produced locally, he took up novel writing.
Author Links: