Every Friday this month features a “blast from the past” as SHANNON MUIR’S INFINITE HOUSE OF BOOKS revives a feature from its former incarnation for one month. YOUNG ADULT FRIDAYS focus on books from a variety of genres, geared to this audience. This week, learn more about WINGS OF FLESH AND BONES by Catharina Constantine.

DISCLAIMER: This content has been provided to this site by YA Bound Book Tours. No compensation was received. This information required by the Federal Trade Commission. 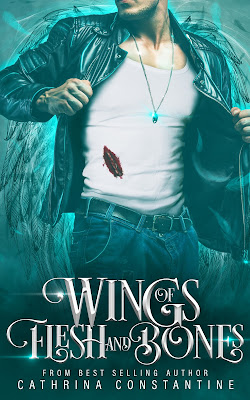 An Angel. A Witch. A Demon. And A Choice.

Creatures from outer realms suck, as any gatekeeper worth their salt will tell you. Welcome to Rogan’s life, an orphaned seventeen-year-old who lives and trains with other misfits under her uncle’s roof, keeping Earth safe from non-human realm jumpers. Rogan’s biggest issue concerns her uncle’s short leash with her freedom—that is of course, until she’s taken by a notorious witch, and her life begins to unravel. Soon, the supernatural beauty discovers there’s a reason her uncle kept such a tight lock on her whereabouts, and that she has more than angel blood running through her veins.

Eighteen-year-old Max is an angel, and Rogan’s mentor and guardian. He’s well aware of her tenacious inability to obey orders, though he also knows she’s a fierce fighter. When he’s involved in a scheme that ultimately gets Rogan kidnapped, he must battle his way back to her in an attempt to save her from the darkness threatening to possess her.

Buy on Amazon!
Excerpt:
I’m breaking Castle’s rules. Do I care? Not really—not yet.
Rogan’s skin prickled as she snuck through the portal leading to the city, exhilarated to be patrolling on her own for once. She walked along the sidewalk on her way to Pink, a dance club for teenagers. Although, her choice in destination would not involve dancing or enjoying the hyperactive ambiance. No, she was primed and ready to release bottled-up steam threatening her peace of mind. Deviants would be mingling with humans, and she’d be there to put a stop to it.
Crisp autumn air stirred. Inhaling its musky scent, she noticed the lengthening shadows, and prayed to be home before she was missed. I’m seventeen, she thought with pride, a gatekeeper. At least, that was what she’d been training for.
Keeping her eyes peeled for anything out of the ordinary, she tossed her braided hair over her shoulder, catching a few heads turning to look at her. You’d think they’d never seen a girl wearing leather and boots before.
A pungent odor pressed in on her, which stopped her in her tracks. Up ahead, blocking the sidewalk, was a giant of a man. The fortuitous encounter took her by surprise, sending her creepster vibes off the charts. With her legs rooted in a rigid stance, she flexed her fingers. As if the giant had been awaiting her arrival, he approached in a blur of motion, whipping his knuckled fist and clipping her on the chin.
Grimacing, her eyes watered as blood pooled over her tongue. She spat a mouthful onto the sidewalk and moved her throbbing jaw from side to side.
She recognized the Vorg towering over her, jutting his demon chin at a superior angle. To humans, he looked like an unnatural hulk of a man, but Rogan saw past his artificial veneer.
“Had enough, sweetmeat?” His sandpapery voice rubbed her the wrong way.
“Screw you.” Fast as a snap, she jerked her elbow, smashing him in the jaw. 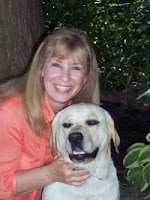 About the Author
I am blessed with a loving family and forever friends. My world revolves around them.I grew up in the small village of Lancaster, NY, where I married my sweetheart. I’m devoted to raising 5 cherished children, and now my grandchildren. I love to immerse myself in great books of every kind of genre, which helps me to write purely for entertainment, and hopefully to inspire readers. When not stationed at my computer you can find me in the woods taking long walks with my dog.
Author Links: 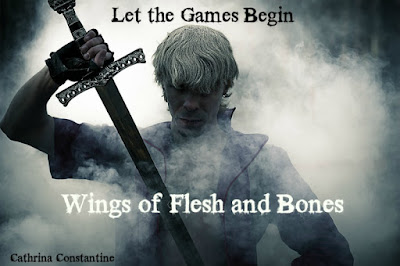