Today, we look at AETHERBORN. 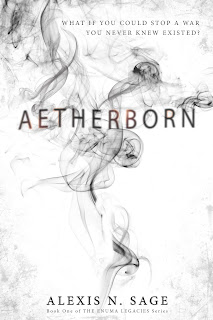 AetherBorn
The Enuma Legacies
Book One
Alexis N. Sage
Genre: Young Adult/ Urban Fantasy
Date of Publication: April 1st, 2019
ISBN: 9781999019822
ASIN: B07NY3HFHF
Number of pages: 258
Word Count: 50,640
Tagline: What if you could stop a war you never knew existed?
Book Description:
There is a world of deities living among us. What would you do if you were the only one who could see them?
Ruby Black, a photography student at Westerlake University, seems to have the typical life of an awkward college kid. She has average grades, does not make friends easily, and is secretly in love with her best friend. Ruby is content with her place in the world. In fact, she quite likes it. That is until a simple incident on a packed, rush-hour subway train shatters her entire reality.
Reluctantly, Ruby finds herself in the middle of a war that has been brewing for centuries. A battle between powerful beings that have been living in secret under Ruby’s nose this entire time.
Will Ruby go back to her familiar life or will she choose the brooding stranger who opens her eyes to a world far more mysterious than she’d ever imagined? A world where her own powers are far greater than she could have known to be true…
Amazon
Excerpt 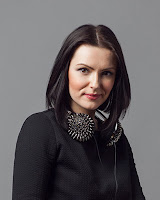 About the Author:
Alexis N. Sage has spent most of her life waiting to meet a witch, vampire, or at least get haunted by a ghost. In between failed seances and many questionable outfit choices, Alexis has developed a keen eye for the extra-ordinary.
Since chasing the supernatural does not pay the bills, Alexis has dabbled in creative entrepreneurship, marketing and retail management. She spends her free time reading thrillers and binge-watching television shows in her pajamas.
Currently, Alexis resides in Toronto, Canada with her husband who is not a creature of the night.
She is a Scorpio and a massive advocate of leggings for pants.
http://eepurl.com/ghBozb
https://www.alexisnsage.com/
https://www.instagram.com/alexis_n_sage/ 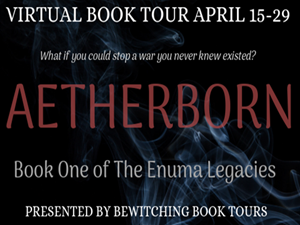