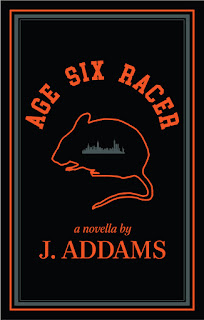 Now, I’m not sure if it’s like this for every guy out there, but it seems like the main underlying reason for everything I do is because of a girl. It was ‘the girl’ who made me run away from my hometown. And it was ‘the girl’ who almost got me killed. But it was also because of ‘the girl’ that I ended up in New York City with my three best friends on a mad adventure.

My name is Princeton, and I’m a white-footed mouse.
Amazon
Interview with the Author

I started songwriting when I was about 12, which is sort of like storytelling I guess. But I’ve always had a wild imagination, and Age Six Racer was a combination of that and life experiences.

What was your first book/story published?

AGE SIX RACER is my first!

What inspired you to write Age Six Racer?

Last summer I found a dead mouse in the garage. I made a joke about the mouse’s back story to my fiancé, who is an indie author, and she encouraged me to turn it into a book (haha).

What character in Age Six Racer is the most/least like you, and in what ways?

Princeton is pretty much all me. Well, me after a break up anyway. A little bitter and sad, but he also looks back on his past with fond memories.

Least like me is Texas Dan. He’s a jerk.

What is your favorite part in Age Six Racer?

Probably the chapter called “The Crow,” I would totally make this book into a movie for that scene alone.

What was the hardest part to write?

None of it really, I was lucky it flowed right through to the end for me.

What would your ideal career be, if you couldn’t be an author?

Do you read reviews of your books? If so, do you pay any attention to them, or let them influence your writing?

Yeah, I do read them and do take into account what people have to say. They sometimes see things from the outside that I don’t initially see. And not everyone is going to like your work, I’ve learned that from making music. Everyone has different tastes. To each their own. I tend to read bad reviews like celebrities reading mean tweets about themselves. You have to see the humor in it!

What well-known writers do you admire most?

Ken Follett, I love how he puts his fictional characters into real historical events. And J. D. Salinger’s Catcher in the Rye is one of my faves too. Holden Caufield’s voice was incredible, I just loved the narrative in that.

Do you have any other books/stories in the works?

Starting the next Age Six Racer book, thinking it’s going to be a trilogy. Should be a fun ride!

“THERE
IT IS! GET IT, INDY!” shouted Mr. Sanagan.
But
as God is my witness—and I’ll never know the real reason why—Indy let me run
right by her. She didn’t move an inch. She just sat there with a carefree smirk
on her face, like she was only there to watch the show. I’ll never forget that
act of mercy she displayed for me that day. Ever.
Just
a few weeks ago, though, I heard some sobs coming from outside of my woodpile
in the garage in New Jersey. It was J.P. He had just gotten word that Indy had
passed away in her sleep back home in Port Elgin. I know I should have been
rejoicing with the rest of the woodland creatures that she’d haunted and
terrorized all of those years, but I ended up saying a little prayer for her
that night. Just out of respect for letting me go that day, ya know? 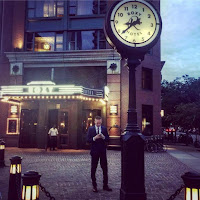 Professional ice-hockey goaltender and Canadian singer-songwriter, Joe Vercillo, stumbled upon the love of his life, journeyed down to Princeton, New Jersey, and found a dead mouse in a garage.

The rest is history. 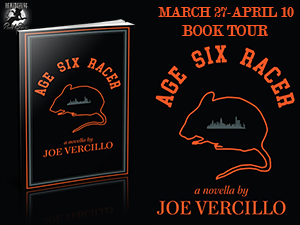