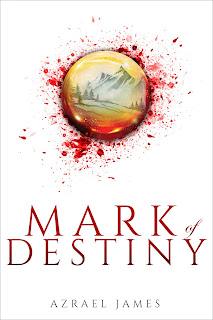 Mark of Destiny
Azrael James
Genre: Epic Fantasy
Publisher: Branch Publishing
Date of Publication: 03/02/2017
ISBN: 1544070276
ISBN-13: 978-1544070278
ASIN: B06XDSHCSS
Number of pages: 403
Word Count: 82,331
Cover Artist: T.K. Chapin
Book Description:
Her destiny will change the world forever.
Belstrom—an ancient and mystical land where the Curo Wizards rule and life is cheap.
Tizrah—a lowly armory brat who dreams of one day becoming a warrior but fate has other plans.
Korlin—a recent graduate of the High Wizard’s School of Curogath is tasked with an assignment to eradicate a lost magic system that threatens the very stability of Belstrom. Mark of Destiny weaves together the threads of a captivating fantasy adventure, while remaining epic in scope, and modern in its originality.
Amazon
Interview with the Author:

First and foremost, I have always loved reading. So I think that love of the story has always been there for me. Tolkien really broke me into the fantasy genre, and although I have read a little in other genres of fiction, fantasy is definitely my mainstay. Also, I have an author friend who encouraged me to create, and that was really the catalyst that inspired me to finish Mark of Destiny.

I don’t really feel that it was completely my decision, although, during the process of writing my first novel, I had to continuously remind myself of the decision I had made. There was also a lot of prodding involved, mainly from the author mentioned above.

I would prefer that a reader walks away from my work with a sense of satisfaction, combined with an aching to read more.

I enjoy bringing a world and characters to life.

That would definitely have to be the editing process. By the time I’m done, my mind feels numb. Only much later, am I able to even look at the work objectively again.

Have a good story. Get the opinions of strangers. Nice covers do wonders as well. Do your research. Before you even enter the game, I would recommend putting your title out there and having a minimum of thirty reviews. It’s funny, you learn so much by diving in that you wished you would have known and utilized before.

Readers may find me flitting between the links listed below. 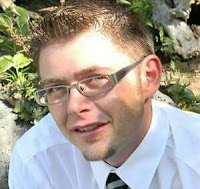 About the Author:
AZRAEL JAMES fell in love with Tolkien at the age of twelve leading to a life-long love of fantasy fiction. Writing stories that capture the imagination, James invites readers into a world where magic rules and ordinary life is forgotten. When not spinning tales, James teaches guitar to underprivileged fairy folk. He believes music and love are what binds all life together.
http://azraeljames.com/
https://twitter.com/AzraelJames_
https://www.facebook.com/people/Azrael-James/100014282942851
https://www.goodreads.com/author/show/15931581.Azrael_James
Tour giveaway
Three lucky winners will win a signed copy of Mark of Destiny in paperback.
Drawing will be held on April 18th. 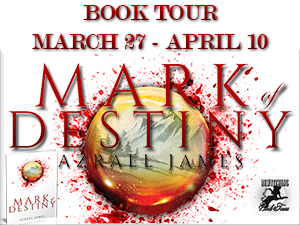