The SHANNON MUIR’S INFINITE HOUSE OF BOOKS column on Mondays and Wednesdays is a place at Shannon Muir’s author website showcasing books from a variety of fiction genres, with an emphasis on interviews and guest posts from other authors. One thing Shannon firmly believes in for readers not only to learn about new books available, but about those who craft the tales behind them. As its name implies, SHANNON MUIR’S INFINITE HOUSE OF BOOKS weekly column features writers from all genres of fiction who want their potential audience to get to know them, and their works, better.   Today, we look at TANDEM DEMISE. 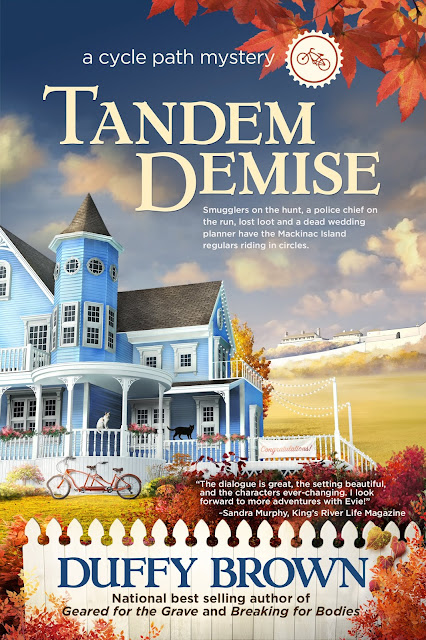 Smugglers on the hunt, a police chief on the run, lost loot and a dead wedding planner have the Mackinac Island regulars riding in circles. After solving two murders, bike shop owner Evie Bloomfield thought life on Mackinac Island would settle into boredom until she finds out Nate Sutter, island police chief and once-upon-a-time under cover cop is on the run. Some badass guys from Nate’s Detroit days think he stole money from them in a champagne smuggling operation and now they’re headed to the island to get their loot. Evie is determined to help Nate because he’s a good cop. Nate is determined to keep interfering Evie and island locals out of harms way, and the crooks are determined to get their money. 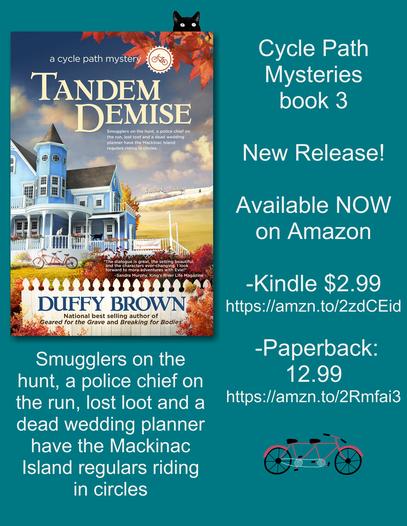 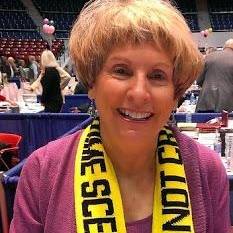 Duffy Brown loves anything with a mystery. While others girls dreamed of dating Brad Pitt, Duffy longed to take Sherlock Holmes to the prom. She is a National Bestselling author and now conjures up who-done-it stories of her very own. She has two series the Consignment Shop Mysteries set in Savannah along with rescue pup Bruce Willis and the Cycle Path Mysteries set on Mackinac Island with judgmental cats Cleveland and Bambino.Her latest book is the cozy mystery, Tandem Demise. Website Address: www.DuffyBrown.com Facebook Address: https://www.facebook.com/authorduffybrown