Today, we look at THE WHEELS OF CADY GREY. 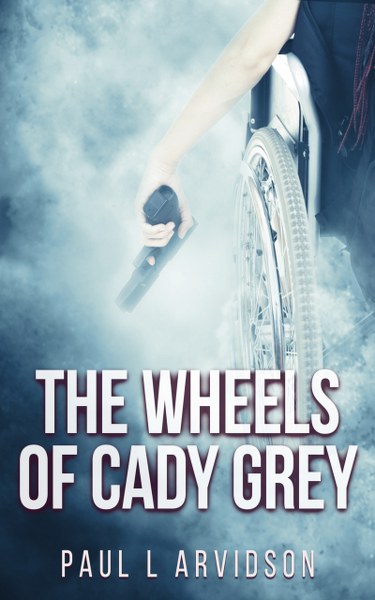 Get in the way of ruthless people and it’s gonna get you killed.
“Forget all you know about disabled people. This novel will blow everything you knew out of the window. A story of strength, intelligence, love and disability”.
Cady Grey is invisible. One of the ‘perks’ of being in a wheelchair. Sometimes it’s better that way, ‘specially when you’re a sweary, spitty teenage girl who’s main aim is getting through high-school in one piece.
But then a sinister shell company wants to knock their school down and is prepared to stop at nothing. She and her friends are the only ones invested enough to care and smart enough to investigate.
Regardless of the danger, Cady finally gives up being invisible to fight. And she discovers that getting in the way of politicians and their schemes might just get her killed.
“Cady, with spark, snark and enthusiasm will capture your heart in such a way you will want her to be your best friend. She is a voice, hero and visibility for a young disabled generation, a guide for us all and a mystery to solve”.
Grab your copy of a thriller unlike any other!
Add to Goodreads
Amazon * Book2Read

Funny story, I was supposed to be writing the last book in my science fiction trilogy but instead I got the image of a teenaged girl, underneath an overturned powered wheelchair, with a guy with a gun closing in on her to kill her.

Once that got stuck in my head, I couldn’t write anything else until I’d worked out, who she was, how she got there and why the guy wanted her dead. The result was the Wheels of Cady Grey. Book 3 of my trilogy currently remains unwritten.

Do you have any “side stories” about the characters?

No, but I do have a novella, which you get for free for joining the lovely mailing list.

Can you tell us a little bit about the characters in The Wheels of Cady Grey?

Cady Grey – 17 year old girl who smokes too much, swears too much and can’t leave well alone.

Charlie Whizz – The new kid in school. He’s a wheelchair racer and downtrodden by his mother.

How did you come up with the concept and characters for the book?

My youngest daughter goes to a Special Ed School. I felt that people either ignored everyone there or treated them like porcelain dolls. What if the kids there were just normal (spoiler: they are)? What if the thriller came and found them and they were the only ones who knew or cared enough about what was going on to do anything about it? What if that became really dangerous, really quickly?

Cadence Grey just leapt into my head. The rest I had to work at!

What did you enjoy most about writing this book?

Revenge. I have many friends and a daughter in the special needs community. Most wheelchair users get treated like crap at some point. I liked being able to get some kind of payback for them, at least in Cady’s one liners! 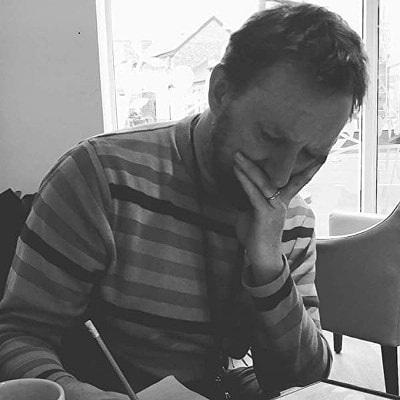 PAUL ARVIDSON is a forty-something ex lighting designer who lives in rural Somerset. He juggles his non-author time bringing up his children and fighting against being sucked into his wife’s chicken breeding business.
The Dark Trilogy is his first series. He is also working on a thriller.
Website * Facebook * Twitter * Instagram * Bookbub * Pinterest * Goodreads * YouTube Channel
Take advantage of
this free novella on Bookfunnel!
https://dl.bookfunnel.com/cphsk7hrk6