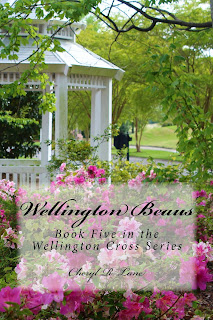 Wellington Beaus
Wellington Cross
Book Five
Cheryl R. Lane
Genre:  Fiction/Romance/
Historical/Victorian
Publisher:  Cheryl R. Lane
Date of Publication: May 6, 2017
ISBN: 1539035492
ISBN: 978-1539035497
ASIN: B06Y5JVWFW
Number of pages:  288
Word Count: 92,709
Cover Artist:  Cheryl R. Lane
Book Description:
Two Wellington brothers, Godfrey and Bertie, find love and loss in 1895 in the small town of Charles City, Virginia.  Godfrey, the older one, is married and expecting his firstborn child, but when tragedy strikes, how will he carry on?
Will Malynn Selman, who comes to live at Wellington Cross Plantation, be able to help him through his grief?  Meanwhile, Bertie has just proposed to Amanda Adams, but when an old flame comes to live and work at the boarding house, Adams House, will she tempt Bertie into being unfaithful?
She is recently widowed and brings her two children with her along with her own troubles.  Will the two brothers eventually find happiness?
Book Trailer: https://youtu.be/P-zppqOjaj0
Amazon       BN       Goodreads
Interview with the Author:

I always used to play pretend when I was little.  I loved making up scenarios, mostly of TV shows I watched.  I didn’t start writing stories down for fun until after I had graduated high school.  I had a manual typewriter that I took outside one summer to our picnic table under the trees and wrote a Civil War love story.

When I moved to Virginia Beach, my husband and I toured old plantation homes, and I got inspired to make up stories to people that I imagined lived there.  This was when I first wrote Wellington Cross, my first book.  I sent off letters to a few publishers at the time and was rejected, so I put writing aside for many years while our son was young and growing up.  I had a job (and still do) as a medical transcriptionist.   When he was a teenager and driving his own car, I had a little more time to write again, and I revamped that book and sent letters off to the literary agents once again.  I got rejection letters once again and decided to self-publish with Amazon.

I want readers to enjoy the stories, enjoy the family interactions, fall in love with the lovers in the stories, and I like to provide an escape from everyday life.  I especially enjoy writing historical romance because it’s easier to be taken away to a different time period and try to imagine what life was like back then.  I want my readers to take that journey, too.

I just think it’s fun to make up stories.  Every time I finish a chapter, I feel a sense of accomplishment and my mood improves.  It’s just something I love doing.

I think the most challenging thing is writing historical fiction.  For my Wellington Cross series, which is set in the late 1800’s, I have to do a lot of research and look things up for what they had back then.   I try to be as historically correct as possible to make it seem more authentic.  That takes a lot of work.

If you want to write, you have to read other people’s books to get a sense of storytelling.  Also, don’t give up.  If you enjoy writing, keep doing it, whether you publish it or not.  Do it for the enjoyment of it. 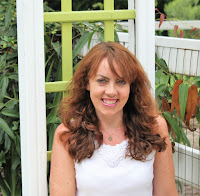 About the Author:
Cheryl R. Lane was born and raised in Tennessee and went to college at East Tennessee State University before marrying her high school sweetheart and moving to Virginia Beach, Virginia.
She started writing as a hobby while in college after purchasing Southern Heritage cookbooks, which were filled with pages of old plantation homes. She wrote more after moving to Virginia Beach and visiting beautifully restored homes in Williamsburg as well as plantations on the James River.
She has been working as a medical transcriptionist for over 20 years while writing on the side, and finally decided to self-publish her first book, “Wellington Cross”, on Amazon through Kindle Direct Publishing as well as in print through CreateSpace. She has since published four more books and a novella in that series as well as starting a modern-day fantasy Angel series and has two books in that series so far.
She is currently working on her next novel, book six in the Wellington Cross series.
She is still married to her sweetheart after 28 years and they have one son and a Havanese bichon.
Website:  www.cheryllaneauthor.com
Facebook:  https://www.facebook.com/cherylreneelane/
Twitter:  https://twitter.com/cheryllane01
Goodreads:  https://www.goodreads.com/author/show/6653858.Cheryl_R_Lane
Pinterest:  https://www.pinterest.com/crlaneauthor/
Amazon:  https://www.amazon.com/Cheryl-R.-Lane/e/B00ALDXOAY/ 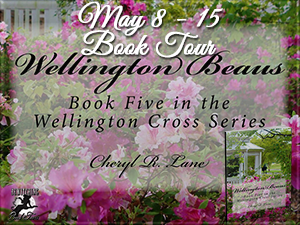