Every Monday through most of April 2018, MYSTERY OF CHARACTER FEATURING SHANNON MUIR focuses on the art and craft of writing, from Shannon’s perspective or that of guest authors.  To catch up on all posts, check out the MYSTERY OF CHARACTER FEATURING SHANNON MUIR portion of the website! Please note that the column will move to second and fourth Tuesdays beginning May 2018.

This week welcomes a guest post from author Sheila Roberts.

DISCLAIMER: This content has been provided to MYSTERY OF CHARACTER FEATURING SHANNON MUIR by YA Bound Book Tours. No compensation was received. This information required by the Federal Trade Commission.

Can you give any insight to any specifics about the inspiration for your characters in Welcome to Moonlight Harbor, and how did it influence your plot?

What is your process for developing characters for your books?

What do you enjoy most about writing books like this?

What made you decide to start writing books like this?

What do you hope your readers take away from reading your books?

Once-happily married Jenna Jones is about to turn forty, and this
year for her birthday – lucky her – she’s getting a divorce. She’s
barely able to support herself and her teenage daughter, but now her
deadbeat artist ex is hitting her up for spousal support…and then
spending it on his “other” woman.
Still, Jenna is determined follow her mother’s philosophy – every
storm brings a rainbow. And when she gets a very unexpected gift from
her great Aunt Edie, things seem to be taking a turn for the better.
Aging aunt Edie is finding it difficult to keep up her business running
The Driftwood Inn, so she invites Jenna to come live with her and run
the place. It looks like Jenna’s financial problems are solved!Or not. The town is a little more run-down than Jenna remembered, but
that’s nothing compared to the ramshackle state of The Driftwood Inn.
Aunt Edie is confident they can return it to its former glory, though
Jenna feels like she’s jumped from the proverbial frying pan into the
beach fire.
But who knows? With the help of her new friends and a couple of
handsome citizens, perhaps that rainbow is on the horizon after all.
Because, no matter what, life is always good at the beach. 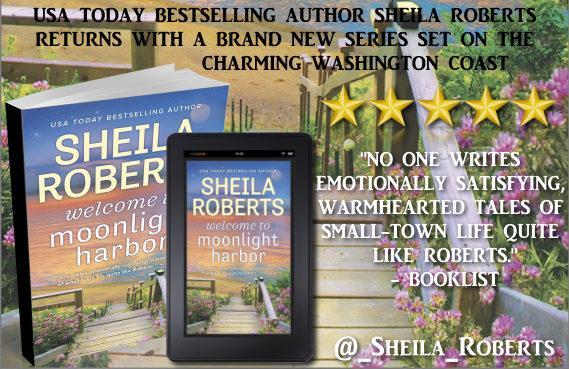 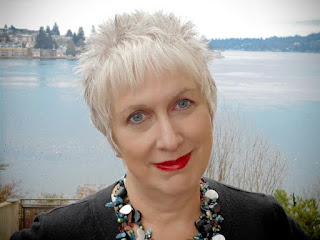 Sheila Roberts lives on the water in the Pacific Northwest. Her books
have been printed in several different languages and have been chosen
for book clubs such as Doubleday as well as for Readers Digest Condensed
books. Her best-selling novel ON STRIKE FOR CHRISTMAS was made into a
movie and appeared on the Lifetime Movie Network, and her novel THE NINE
LIVES OF CHRISTMAS was made into a movie for the Hallmark Channel.When she’s not making public appearances or playing with her friends,
she can be found writing about those things near and dear to women’s
hearts: family, friends, and chocolate.