DISCLAIMER: This content has been provided to INFINITE HOUSE OF BOOKS by Bewitching Book Tours as part of the HAUNTED HALLOWEEN SPOOKTACULAR event. No compensation was received. This information required by the Federal Trade Commission.

Creature
Feature: Halja’s Demons and Beasts
One of the fun things about writing a dark fantasy series is that I get to create
different creatures, beasts, and demons for each book. Many of the characters
in my novels are true monsters. But others are harbingers, mentors, tricksters,
and lovers.
In honor of Halloween, our darkest holiday, here’s a sampling of demons and beasts
from the NOON ONYX SERIES. 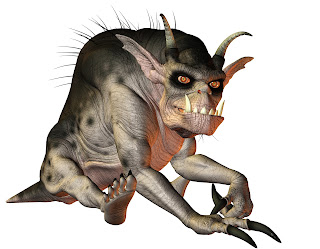 SERAFINA
FROM DARK LIGHT OF DAY
In
my first book, I stuck with the familiar – literally. One of my favorite bit
characters from that book is Serafina, a demon familiar. Noon should have been
more careful… Pandora’s box isn’t the only thing that shouldn’t have been
opened.
A familiar?
My hand shook slightly as I held the ball up by its chain to peer at it more closely. There was a demon in there. No matter how small, the thought should have been mildly terrifying. But instead I felt wonderfully intoxicated and numb around the edges, like I’d drank too much wine at a party. I looked for the button but couldn’t find it. I twisted and turned the ball, holding it up
to the afternoon light streaming through my dormitory window, and finally found the catch. I pushed it gently with my thumb and the ball sprang open.
Immediately the intoxicated, numb feeling went supernova. Serafina’s signature made me feel like my body had been liquefied and then turned inside out to congeal in the cold. I suddenly craved warmth and this demon was the only source that could
satisfy. I stared at her, hardly able to reconcile her with a lifetime of imagined fears. Haljan myths and legends spoke of brutish beasts hell-bent on fury and destruction. Haljan paintings, bas reliefs, and statuaries also often depicted demons as cruel fiends and vicious monsters. But Serafina didn’t look dangerous. She
looked ungainly.
She belched and stretched, glaring at me through two black eyes the size of beads. She was naked but it was no pretty sight. Her body, though diminutive, was bloated as though she’d died in the Lethe and been left too long. Her skin was a grayish, sickly looking green, and she rubbed her distended belly with one clawed hand
as she grinned malevolently at me. 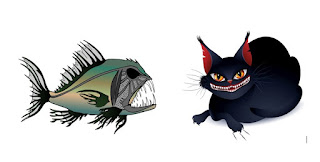 CURIOSITAS AND
CATTUS
FROM FIERY EDGE OF STEEL
In the second book, I introduced two mythological characters, who underscored one
of the book’s main themes – knowledge. Like many folktales, their story is
playful… with a hint of deadly…
They say Curiositas killed Cattus.
But no one really knows.
Curiositas was a fairly youngish demon living in the twelfth century, only a few decades old, when he met the gorgeously supple and fiercely feline demoness Cattus. When
he asked her what she most wanted to do on their dates, Cattus kept telling Curiositas, “You don’t want to know.” But Curiositas, being Curiositas, kept at Cattus day and night, although mostly by night, because Cattus was nocturnal. Curiositas, on the other hand, was a day creature, all flecked with gold and shining brilliance. His preferred haunt was the Lethe and the two met at the docks every day at dusk.
Cattus would stare into the great murky depths of the Lethe, searching for any sign of Curiositas. Sometimes her ears would twitch. Sometimes her tail. Sometimes her eyes would grow big as saucers and her haunches would wriggle in anticipation. Curiositas never fully breached the surface of the water. He liked to tease Cattus, as she teased him. He gave her glimpses only of himself: a tiny bit of fin, a stream of bubbles, a patch of orange gold twisting just beneath the surface, sparkling, shimmering, just out of reach.
There’s a romantic version of the story the Hyrkes like to tell. Some nonsense about the two demons being doomed lovers. But that’s not the version I was told, nor is it the version I believe. Unlike the Hyrkes, I don’t have any romantic notions
about demons. They’re much worse than Maegesters. Much. And that’s why I know—although I wish I didn’t—what Cattus most wanted to do with Curiositas. And that’s why I believe the version that puts an end to Cattus’ hunger.
Ivy, my Hyrke roommate, never gets my version of the story.
“Ends Cattus’ hunger?” she always asks, frowning and exasperated. “What does that mean? Did Cattus finally catch Curiositas? Or did Curiositas really kill her?”
And, every time, I always wink and tell her:
“You don’t want to know.” 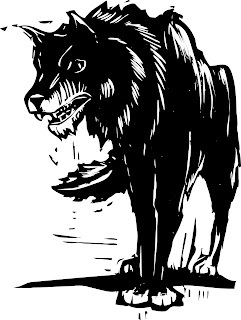 THE BARGHESTS
FROM WHITE HEART OF JUSTICE
In the third book, I added barghests to the beastly mix of creatures featured in the series.
The barghests looked as horrible as their food. Only in the vaguest sense did they resemble dogs. They had four legs, a tail, claws,
and jaws full of sharp canine teeth. But barghests are to dogs the way drakons are to bats. First off, they were huge. Everything about them was bigger and meaner. On four legs their faces were even with mine. Upon seeing them it became easy to imagine a demon like Lilith riding one. They had barrel chests and
wolfish grins. Their teeth were as large as horns and their paws four times the size of Rafe’s booted foot. And their fur . . . well, let’s just say seeing it on the living creature didn’t improve its appearance. It reminded me of long, thick, tangled rat fur. I shuddered and tried to reconcile myself to the fact that, so long as I didn’t get eaten by one in the pen today, two of them would be under my care by midday. “So which of you is first?” Linnaea said, motioning to
the pen.
“Do we lasso them? Saddle them?” Rafe asked. Hands in
his pockets, he rocked back and forth on his heels surveying them. “Cast a spell over them?”
Linnaea snorted. “I wouldn’t cast a spell over them at
first. In time, as they get used to you, you might be able to cast something simple over them, but don’t start that way. In the beginning, all you’re going to do is let them get used to you. They’ll try to push you around. See what you’re made of. They’re as curious about you as you are about them. Don’t show any
fear.”
Like dogs and demons, I thought.
“I’ll go first,” I said, walking over to the gate.
“What about waning magic? What’s their response to that?”
Linnaea smiled, but it wasn’t reassuring. “That depends on the user.” She walked over to the gate and held it open for me.
“You’re not coming in?” I asked, trying to ignore the growls coming from the beasts behind her.
“Nah, it’s better if you go in alone,” she said, winking at me.
Better for who? Her or me? 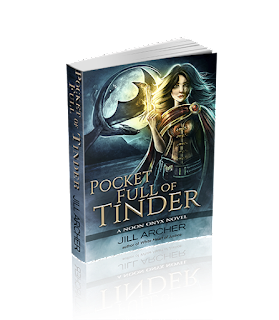 THE MYRIAD DEMONS
FROM POCKET FULL OF TINDER
The upcoming fourth book takes place in Rockthorn Gorge, a bustling mountain town where so many demons live, it’s often called a “demonic anthill.” Noon is sent there to make nice with the demons who follow the law… and to find the one who isn’t.
Shortly after sunrise, we reached the rim of the gorge. Even though I stood on solid ground and there was no immediate danger of falling into it, my stomach dropped as if I had. The gorge was enormous – a near-vertical drop into a dark chasm hundreds of feet below us. At the bottom, the Acheron River was dry. I knew from the materials in my dossier that the river had been diverted during construction. The plans and specs called for the viaduct to be converted into a dam. Gazing at the wreckage below, however, I knew the project had once again been set back. Huge stone blocks and other pieces of debris were strewn about the dry riverbed as if they were toy building blocks that had been kicked over by a child with a temper. But it hadn’t been a child. It had been a bomber – one who’d killed almost a hundred people, possibly more.
One who’d possibly killed Ari.
All through the night, I’d managed to ignore my growing panic. Ari was strong and powerful… robust and nearly invincible…
Wasn’t he?
But standing at the edge of Halja’s northern-most ravine, staring down at what looked like an army of ants rather than a rescue party made up of demons and men, I could no longer ignore my feelings. I was afraid. Not of falling into the gorge, but of what I might find at the bottom. 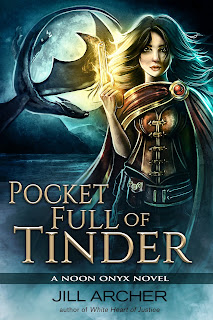 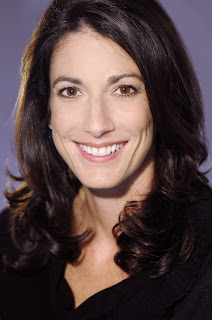 One Reply to “INFINITE HOUSE OF BOOKS FLASHBACK: Pocket Full of Tinder”