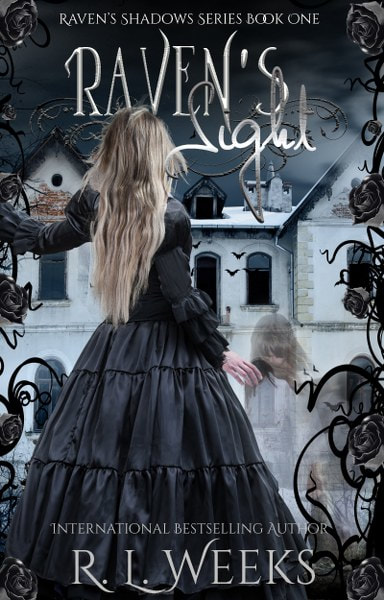 Award Winning author, R. L. Weeks, brings you Raven’s Sight – a Young Adult
Victorian Paranormal Mystery. Book One can be read as a standalone
and as part of the series.
Raven looks out over the small, industrial town of Cogsworth and imagines a
life beyond the confines of her Grandmother’s mansion.
However, Raven holds a dark secret that prevents her from leaving. One which
comes to light after her father’s untimely death. Now an orphan,
Raven must do her best to hide her gifts of sight if she’s to survive
the cruel Victorian society she lives in.
However, when a ghost of a child comes to her for help, Raven finds herself in
the gas lit streets of London, on the trail of a female serial
killer. As she tries to solve the string of murders, she realizes
that the murders are almost identical to those from a case left
unsolved years before she was born.
In a race against time, Raven is thrown into a world she doesn’t know.
With her crush, Tom, now a ghost, her friend, Emmett, now a suspect,
and an uncle who runs illicit groups and hates women, Raven will have
to unravel the mysteries quickly before she becomes their next victim.
Goodreads * Amazon

I sit at the stool and marvel at the mahogany structure in front of me. Father

converted our spare room into a music room two years ago. Father loves to play

the piano. I mean, he loved to play the piano and no longer loves, for he no

longer is. Like everyone else in my family, apart from Grandmother and my

uncle, he is dead.

I lift the heavy lid, and a row of ivory keys greet me. Father ensured that our

piano had a cast iron frame installed when it was bought. According to him, it

I suck in a deep breath and dangle my legs off the stool. I tap the heels of my

black, shiny shoes together. My feet can almost reach the ground now. Soon, I

will be nine years old, and I will be able to play the piano much better than

Lissy, who lives down the road. Although, her mother doesn’t want her playing

with me anymore. Apparently, I’m weird.

I miss his sparkling blue eyes and “moments of madness,” as Grandmother

called them. Father is…I mean, was, the owner of a wool factory. Father said

that his factory was one of the first to recognise a union, whatever that is, and his

workers were paid fairly. He was very proud of his factory which is now owned

his adopted brother who I’ve never met. All the workers live in small houses in

our small town of Cogsworth.

I used to sneak off and look at the factory after school. Sparks and flames

would light up the sky that had been darkened by smoke from the chimneys. I

and eat their dinners before going back to finish their long day.

Grandmother says not to worry, that father has left us more than enough

money and that we have enough to last us for the rest of our lives, but I am much

I must find a good husband when I am grown up. I just hope Grandmother

lives long enough for me to marry. If not, I may end up desperate and poor,

without anything in the world. I am, after all, an orphan now, and world is not

kind to orphans. I know this much from the books I sneak from Grandmother’s

shelves. You see, Grandmother always hides the harsh truths from me, unlike

Father, who always told me the truth, even when I didn’t want to hear it. He

his integrity and honest tongue.

I look up at the door and smile at him.

“My dear,” my grandmother says crisply. She walks through Father and sits on

the futon. “I know it has been hard with losing both your parents in one year, but

you still have me, and I will always be here for you.”

I give her a “mmm” and hover my fingers over the keys of the piano. I don’t

want to talk about my parent’s deaths right now. I don’t have time. “I am about

Her thin lips crack into a small smile. She nods for me to play, but the song is

not for her. It is for Father. He has been standing in the doorway waiting for me

to play for almost ten minutes. He is almost transparent and taps his watch,

pushing me to hurry.

What if I do not play my goodbye well enough for him? How can I put all the

words and memories I wished for us to have into just one small song?

I elaborate when she does not leave. “I am playing a song for Father, not you.

I must make sure I get it right. I want to play it only for his ears.”

Her eyes, a paler blue than mine or Father’s, widen. “Raven…” She pauses

and fiddles with the cameo necklace around her neck. “Your father, my poor son,

is not coming back. He is with God now. I have told you this. You must accept

I shake my head and look at Father. He tilts his head slightly to the left and

drops his arms to his side.

“No Grandmother. Father is standing right there. He has to go soon, but he is

waiting for me to play for him.”

I press down three keys and hold my breath so I do not tremble. I start the

lullaby that I used to play with Father.

I have decided that it is most appropriate; it will be a goodnight to him and my

Grandmother marches over to me and grabs my arm. I miss a note and look up

“No!” I shout and fall off the stool. I try to wriggle free, but she pulls me

across the cold floorboards.

“No! Grandmother, please. I must finish!”

“Stop being ridiculous, Raven. There are no such things as ghosts.”

I pull down on her fingers and accidentally pull off her wedding ring. I grasp

it in my sweaty palms. I see Father look sadly at us before turning away.

I look at the door with desperation as he fades away.

“Father!” I scream. Grandmother’s grip remains tight on my arm, and I pull

with all my might. “I hate you. You made him leave.” A lump forms in my throat

“Enough, child,” she says and tightens her grip.

I kick my legs and scream and scream until my screams are silent. I feel

nothing but rage as I kneel on the floorboards holding Grandmother’s ring.

Suddenly, the room twists around me, and everything fades to black.

The room looks different. The walls are plastered with cream paper instead of

the normal pale blue and gold.

Grandmother sits with my dead grandfather. They both look younger. A boy

plays on the floor with a wooden horse. He is only four of five years old. His

eyes sparkle with the same blue color as Father’s.

Grandmother plays with her wedding ring. I look down at the same ring in my

hand, and my eyebrows knit together.

The boy runs out of the room with a mischievous smile. Grandmother runs

after him, laughing. “Jameson, get back here,” she says through her laughter.

I open my eyes and look into my Grandmother’s hard expression.

“Raven, are you okay?” Tears have formed in her eyes.

I can feel the pain from where her nails were digging into me. “You seemed

happier when you ran after Father in this room. When he was a boy,” I said in

her: fear. “You and your imagination.”

I pick up her ring and give it back to her. I stand up and rub my arm. “I saw it.

He was playing with a wooden horse. I think it was real,” I say. I am as confused

by the memory as she is. “It felt real.”

The colour leaves her face. “He must have told you about the wooden horse.”

I shake my head.

“This is the last time we can let this happen.” Strands of her hair have freed

themselves from her tight bun and now dangle wildly around her face. “Nora!”

She calls for our maid.

I look at her as she runs in the room, looking flushed. “Yes, Ma’am.”

“Take Raven to her room and do not let anyone in the house,” Grandmother

Nora Bonetta, whose skin is much darker than ours, looks at me curiously. “Is

Grandmother paces around in a circle. “I have seen this happen before, and it

is happening again. We cannot have another Alice,” she says and stops in front

of me. She pushes me over to Nora. “We must not let her out the house. If

anyone finds out what she is…”

Nora nods, seeming to understand what I do not.

another of, and what am I? 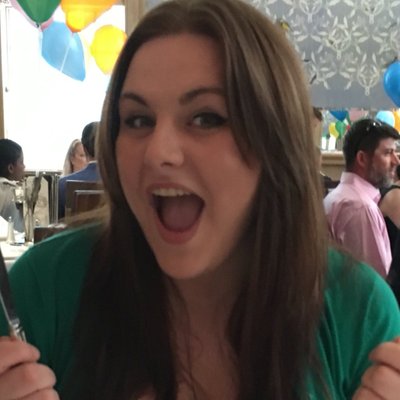 R L Weeksis the bestselling and award-winning author of the Dead Loves Life
Series, Bloodlust, The Fallen, Willow Woods Academy for Witches,
Cursed, and the owner of Enchanted Anthologies, publisher of
Fractured Fairytales Books 1 & 2, A Deadly World: Vampires in
Paris, Things Only the Darkness Knows, and Christmas Nightmares.
She lives in a small village in the UK.
When she’s not writing, she’s traveling, reading (paranormal, fantasy and
horror being her go to genres) and designing covers for Dark Wish
Designs.
Facebook * Twitter * Amazon * Goodreads