This week, find out more about the book THEIR WITCH WEARS PLAID in an interview with its author.

DISCLAIMER: This content has been provided to SHANNON MUIR’S INFINITE HOUSE OF BOOKS by Pump Up Your Book Book Tours. No compensation was received. This information required by the Federal Trade Commission. 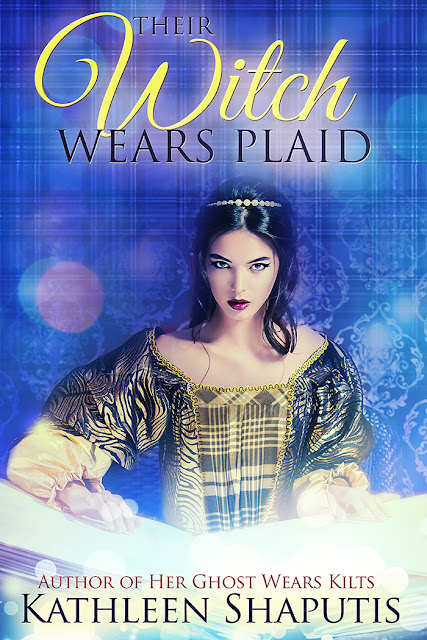 What initially got you interested in writing?  Books were my world from the beginning with Dick and Jane. My imagination soared by the second grade at the idea of writing my own stories, my own characters. I wrote plays/scripts for my friends in the neighborhood to act out in my backyard for our parents. The thrill of writing bit early and hard. But my mother squashed the passion for years growing up: Writing is not a career, nor a viable life choice. Put away foolish ideas and be serious about your life.

How did you decide to make the move into being a published author?  Despite the notions drummed into me of getting a sensible job, get married, raise a family, I never lost the love. In the 90’s when my child hit 18, I started attending writers conferences and classes. Though fiction was my first love, I heard it was easier to sell non-fiction. Often. I grabbed a book by Eva Shaw, Writing the Non-Fiction Book. I sold my first book, Grandma Online, at the San Diego Writers Conference to 10 Speed Press.

What do you want readers to take away from reading your works?  A smile, a moment of happiness from stepping away from their reality in whatever form it takes. I love writing with a splash of lightness and humor to everything. Sometimes the smile and laughter is on me, like when Gillian Nation who appears in Changes in Attitude decided he needed to partake in the Baillie Castle trilogy and brought friends. Who knew? Romantic comedies will always be my go-to favorites, but I hope all my books will include an escape. Even The Crowded Nest Syndrome, which is an Erma Bombeck-style look at my life once upon a time, is filled with a stinging humor, clenched teeth sort of voice.

What do you find most rewarding about writing?  When a character truly opens up to me, letting me see into their heart, their goals and motivations, their wants and needs – their dialogue will be spot on. The invisible people in my mind are a wild and boisterous group. Separating their voices is a satisfying process for me. In Their Witch Wears Plaid the playfulness of Gillian Nation and his girls outweighed the heaviness of the Druid’s threats and coldness.

What do you find most challenging about writing?  First reaction to this question is, who just dropped the tin of paperclips? So many choices scattered now over the floor, what to choose. Sometimes the challenge comes in finding the time to write. Having a full-time job, family, grandchildren, huge blocks of time disappear. And now that I have Meniere’s Disease, brain fog is a nasty villain, stealing words and consciousness right out from under me. Other times it’s that deserted middle of the book where the blinding whiteness of the blank page chokes me with a vicious grip.

What advice would you give to people want to enter the field?  Read, read, read. Read in your favorite genre, read books on writing (yes, there are reasons not everyone can just sit down and write a book), and definitely do not neglect reading about marketing books. If you want to be an author, you have to know how to make your book be seen in the world.

A giant-sized Druid, annoying trances and frightening nightmares mess
up Nell’s festive end of summer plans. Living in Scotland, a palm
reader for Baillie Castle, Nell loses her heart to a professional
jouster. But is her shining knight in cahoots with the sinister Druid?Will the recipe of a magic coin, diva queens and witches be enough to save Nell from death? Or will evil triumph over love?PRAISE:A page-turning delight with twists and turns for the fabulous Lady
Nell. It’s 2018, what woman wouldn’t want to be chased by a knight in
shining armor?
–J. Verstraeten
Order Your Copy! 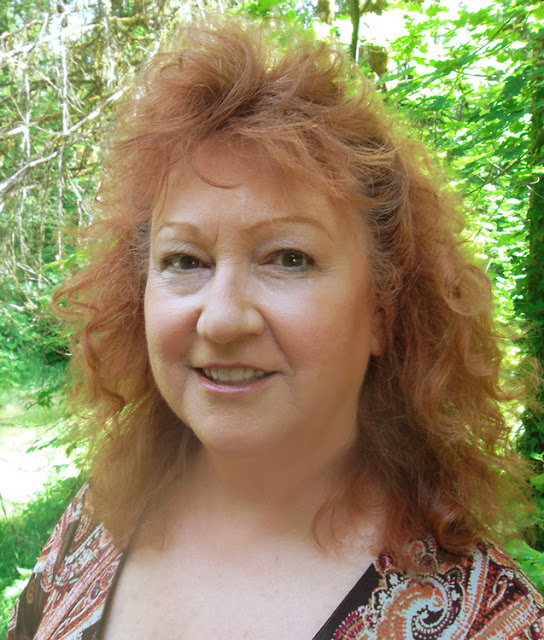 Kathleen Shaputis lives in the glorious Pacific Northwest with her
husband, Bob, a clowder of cats and three pompously protective
Pomeranians with little social aptitude: Brugh, Bouncer and Miss Jazzy.
If not writing, she’s busy reading and watching romantic comedies, her
ultimate paradise.Her latest book is Their Witch Wears Plaid.