DISCLAIMER: This content has been provided to INFINITE HOUSE OF BOOKS by Pump Up Your Book. No compensation was received. This information required by the Federal Trade Commission.

We’re happy to be hosting Mark Spivak on his FRIEND OF THE DEVIL Virtual Book Tour today! Please leave a comment or question for Mark to let him know you stopped by! 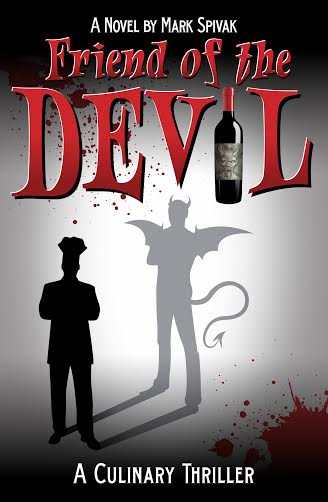 Title:
Friend of the Devil
Author: Mark Spivak
Publisher: Black Opal Books
Pages: 325
Genre: Culinary Thriller
In 1990 some critics believe that America’s
most celebrated chef, Joseph Soderini di Avenzano, sold his soul to the Devil
to achieve culinary greatness. Whether he is actually Bocuse or Beelzebub,
Avenzano is approaching the 25th anniversary of his glittering Palm
Beach restaurant, Chateau de la Mer, patterned after
the Michelin-starred palaces of Europe.
Journalist David Fox arrives in Palm Beach to interview the chef for a story on the
restaurant’s silver jubilee. He quickly becomes involved with Chateau de la
Mer’s hostess, unwittingly transforming himself into a romantic rival of Avenzano.
The chef invites Fox to winter in Florida and write his authorized biography. David gradually becomes sucked into the restaurant’s vortex: shipments of cocaine coming up from the Caribbean; the Mafia connections and unexplained murder of the chef’s original partner; the chef’s ravenous ex-wives, swirling in the background like a hidden coven. As his lover plots the demise of the chef, Fox tries to sort out hallucination and reality while Avenzano treats him like a feline’s catnip-stuffed toy. 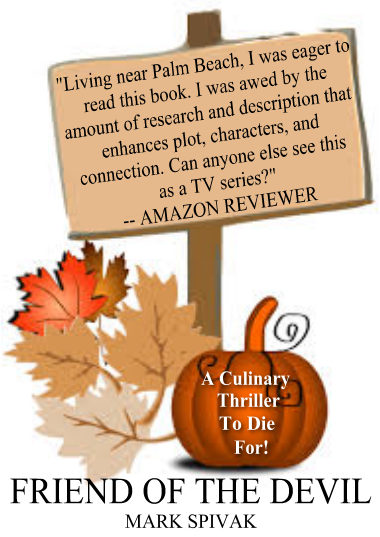 I was intrigued with stories from an early age, and soon became intrigued with telling them as well. I started writing at the age of 11, and got serious about it as a teenager.

I did journalism throughout my lifetime, but also had a number of different careers—most notably in the restaurant business and wine business. In the early 1990s, I came full circle and started doing food and wine journalism. I left the wine business on January 1, 2011, to become a full-time writer. It was an insane move, but one that bore fruit: all three books have been published since then, and more are on the way.

I want to change their lives in some fashion—make them see things differently, give them a different perspective to take away with them.

Marketing and promotion. From speaking with other writers, I know I’m not alone here. In recent years, publishers have abdicated their responsibility in this area and placed it firmly on us. You have to become expert at self-promotion, much as you might not like it.

If you feel that you have talent and vision, and if you have a messianic view of your own destiny, don’t give up. It’s a long road, but it’s worth it when you get there.

They can log on to my website (www.markspivakbooks.com) and leave a message. I’m always happy to answer.

Several years after the opening of Chateau de la Mer, the triumvirate of Avenzano, Walsh, and Ross appeared to be one big happy family, although there were rumors of strains in the relationship.
One night, at the height of the Festival of Champagne, there was an incident. Ross, a notorious womanizer, was sipping Cristal with a redhead at the restaurant’s corner table.
His wife slipped through the front door of the mansion, unannounced. Walking slowly through the dining room, past the Medieval memorabilia and dramatic cast-iron griffins, she strolled up to Ross’s table, took a revolver from her evening bag, and calmly shot him through the heart.
The ensuing chaos did more to establish Joseph Soderini di Avenzano in the American imagination than his designer pasta, his Bedouin stuffed poussin,
his recipes transposed from Etruscan or Old Genoese, or his library of ten thousand cookbooks.
This was more than a good meal, after all. This was sex and death in Palm Beach.
Even more intriguing was the chef’s refusal to comment on Ross after his death,
except for informal and effusive eulogies in his famous baritone.
“Watch that Cristal,” David’s friend Bill Grimaldi told him before he left Manhattan to do an assigned story on the twenty-fifth anniversary of Chateau de la Mer. “It’s a killer.” 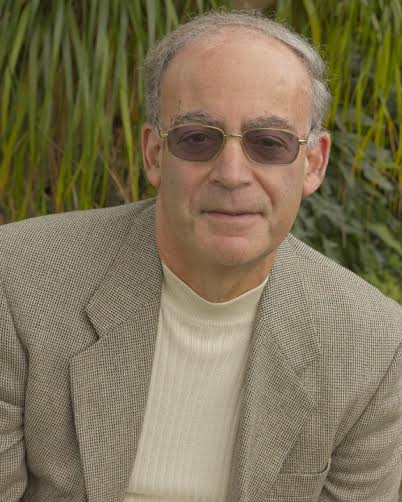 Mark Spivak is an award-winning author, specializing in
wine, spirits, food, restaurants, and culinary travel. He was the wine writer
for the Palm Beach Post from 1994-1999, and was honored by the Academy
of Wine Communications for
excellence in wine coverage “in a graceful and approachable style.” Since 2001
he has been the Wine and Spirits Editor for the Palm Beach Media Group, as well
as the Food Editor for Palm Beach Illustrated; his running commentary on the
world of food, wine and spirits is available at the Global Gourmet blog on
www.palmbeachillustrated.com. His work has appeared in National Geographic
Traveler, Robb Report, Men’s Journal, Art & Antiques, the Continental and
Ritz-Carlton magazines, Arizona Highways and Newsmax.
From 1999-2011 Spivak hosted Uncorked! Radio, a highly successful wine talk
show on the Palm Beach affiliate of National Public Radio.

Spivak is the author of two non-fiction books:  Iconic Spirits: An Intoxicating History (Lyons Press, 2012) and Moonshine Nation: The Art of Creating Cornbread in a Bottle (Lyons Press, 2014). Friendnof the Devil is his first novel. He is currently working on a political thriller set during the invasion of Iraq.
For More Information

Mark Spivak’s virtual book tour is brought to you by