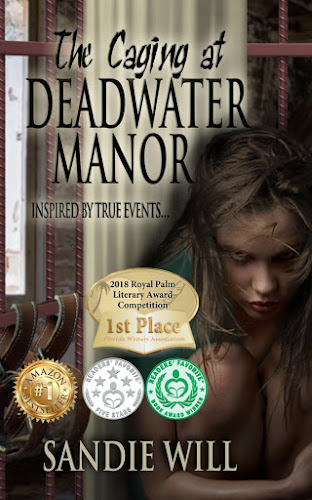 “This book is ‘One flew over the Cukoos nest’ on speed.” Goodreads reviewerA dad with a vendetta. An unsuspecting daughter. A psychiatric hospital known for questionable acts. And staff who keep secrets in the attic.FIRST PLACE – FLORIDA WRITERS ASSOCIATION – ROYAL PALM LITERARY AWARD FOR YOUNG ADULT/NEW ADULT FICTIONRECIPIENT OF THE 2017 READERS’ FAVORITE HONORABLE MENTION BOOK AWARD IN YA HORROROn a cold, January evening, fourteen-year-old Jeannie Kynde is told that her beloved mother drowned in the murky waters along Florida’s Gulf Coast. Her distraught father turns on Jeannie, no longer the caring father she once knew. Four years later, Jeannie is finally old enough to escape her father’s clutches, but he has different plans. He imprisons her at Deadwater Manor, a psychiatric hospital with an unscrupulous past. Between endless psychiatric treatments and a hospital staff up to no good, Jeannie faces insurmountable odds as each day ticks away. Will she be locked away forever? Or can she fight against the nightmare that has now become her world?If you like suspenseful shockers, you’re sure to love this psychological thriller that will keep you on the edge of your seat and stay with you long afterward. Check out the great reviews on this novel that debuted on the #1 Hot New Releases bestseller list.Note: This book is intended for upper young adults.

BACKGROUND: The inspiration for the story came from Sandie’s beloved father who worked in various psychiatric hospitals during short periods of his career. In the attic of one such hospital, he made a disturbing discovery – one that bothered Sandie so much, she had to create a story around it. Though fiction, many parts of the book intertwine the patient routines, treatments and outbursts that she learned from her father and other research in a way that makes the story vivid through Jeannie’s perspective.
The ebook is on sale for October! $2.99 (40% off) – normally $4.99 – https://www.amazon.com/dp/B06XRJMJBB 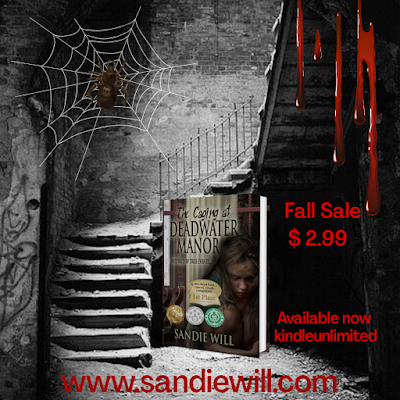 I smile as I think of her, until my concentration is interrupted by footsteps coming down the hallway. I quickly look over to see if it’s my aunt.

Instead, a male attendant greets me. His name badge identifies him as Drake.

I follow him down the hallway to the wooden door I saw earlier and enter. This room is much larger than the reception area with pink walls and white accents. To the left is a glass office; a semi-circle nurses’ station. A couple rows of tables with metal chairs are scattered about, and a steel water fountain is stationed at the other side of the room.

Drake pulls out a chair for me and assures me he’ll be right back. As I wait for my aunt, I try to imagine how it would feel to be locked up with a guard on every corner.

I wonder if my aunt feels like a prisoner. Why in the world did she agree to come here?

My attention is soon drawn to a commotion outside the same door I entered. I listen, but all I can hear is some mumbling, perhaps arguing.

Eventually, another man comes through the door. He appears to be older, with gray hair and eyebrows and sagging skin on his neck. As he approaches, I can see the script writing on his lab coat.

Doctor Garrett Wiggins; this is Dad’s friend. Okay, so I’m in the right spot.

“Yes, he’s been telling me about some issues.”

“Yeah, well, I guess my aunt had a nervous breakdown.”

“Yes, Lesley Odell. You have her chart there, right?”

He looks at me for a few seconds and then looks away, unable to find words. He pauses. I’m not sure what is going on, but I don’t like the uneasiness I’m feeling right now. I’m getting that gut feeling that something is wrong.

He pulls his chair closer to me like a true friend would. In a caring voice, he says softly, “Your aunt is not here.”

I stare at him blankly for a second and then ask, “What? What do you mean? She’s gone already or—or worse?” The reality of the situation starts to take hold as racing thoughts of never seeing her again start scaring me.

He touches my arm for a second and says, “Jeannie, listen to me carefully.” I try to focus more on his mouth, since my difficulty in hearing is worsened by the tall ceiling in the room. “Your aunt was never here.”

The racing thoughts stop. I look at him dead seriously, trying to figure out what the hell he’s telling me.

Is she dead or not?

I look toward the table for a minute, not sure what he’s going to tell me next.

“What do you mean? Where is she?” I finally manage.

“I don’t really know. There’s no record of her here. What I want to concentrate on is you, now. How do you feel about this?”

I frown and mumble, “Confused.”

He nods and says sincerely, “It’s understandable especially with the recent loss of your mom.” At least, I think that’s what he said.

I watch him, trying to figure out why we’re having this conversation. I don’t know how my dad knows this doctor, but his fake sincerity is not calming me. I glance over to the wooden door, and there are now two guards standing in front of them, one of which I recognize as Drake. Another door on the opposite side of the room opens, and two more guards move in.

“Hey, they’re just here for your protection,” the doctor says. I lean back in my chair, as he moves forward and whispers, “No worries.” His breath puffs across my hair, leaving me with a gift of strong cigarette stench. I try to lean back more but feel pinned. This guy does not know his boundaries. He starts stroking my arm in what seems like an attempt to comfort me, but it only makes me panic more. I can feel my palms moistening with every word.

“Is it okay if we talk for a while? I’d like to get to know you a little more, Jeannie. I’ve always heard your dad’s side of things, but the opportunity to hear your side is what’s important now. Why don’t we have you go relax in another room, and then you can come into my office a little later?”

I try hard not to show the panic that’s now taking over, hiding what I can of my heaving chest. It feels difficult to breathe with the short, shallow breaths that are now uncontrollable.

I’m going to have a panic attack.

I look over to the guards, begging them not to force me behind the walls that will separate me from the rest of the world. I frantically search for a way to get myself out of what I know is inevitable, but it’s useless with all the guards.

It’s all part of a calculated plot my dad would be proud of. This is his victory—a victory that includes my never leaving Deadwater or having a life, even if he won’t be a part of it. As long as he knows where I am, he’ll be happy. I close my eyes in disgust, concerned about what I’m about to endure. I hate the unknown, but this is way beyond what any eighteen-year-old should have to experience.

“Jeannie, you still with me?” the doctor asks.

I look up at the cohort who is now starting to tug at my forearm.

“I think we need to get you comfortable.”

I frown between the doctor and the guards. They both come forward to “help” me. Gasping for air, I throw my chair backwards to try the only path of escape I can think of, but they’re too fast and catch the chair before I hit the ground.

“No! I am not going anywhere with you! I’m not a minor and my dad can’t institutionalize me without my consent. Let me out of here!”

“Well, Miss Kynde, you just signed all the consents. There’s nothing illegal here.”

What starts as a rational protest spirals out of control quickly. Panic sets in. I’m crying, screaming, and clawing at them. I try to kick their groins, but they predict that move and easily pin my legs to the chair.

“Get the syringe!” orders Doctor Wiggins, pointing to the table next to the water fountain.

Drake holds out one of my arms and lunges backward for the syringe with his other arm, knocking the table over.

Drake is grasping for the syringe on the floor, so I take the opportunity to bite his forearm, causing him to bleed and withdraw his clutch. This does nothing but make things worse for me, though. Drake leaps toward me, pinning the back of my head against his stomach muscles. My free arm flails back and forth, as I try to reach something to use to hit him.

Frantically, the doctor kicks the syringe toward Drake, and I watch in horror when the needle roughly enters my vein. 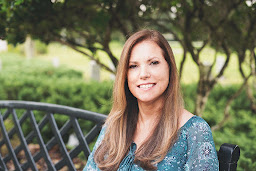 Sandie Will is an international award-winning psychological thriller novelist who lives in Tampa Bay, Florida, and works as a geologist by day. She has published two novels and another is on the way. Her first novel, The Caging at Deadwater Manor, is a young adult psychological thriller/horror that received first place in the 2018 Florida Writers Association Royal Palm Literary Awards for young adult/new adult fiction and an honorable mention in the 2017 Readers’ Favorite Book Awards for young adult horror. Her second is a recently released adult psychological thriller/horror titled, The Takings that is a Finalist in the 2020 Florida Writers Association Royal Palm Literary Awards for Blended Fiction. She is currently working on the sequel which will be released in 2020/2021. She has been married to her husband, Charlie, for over 30 years and they have two sons. Her favorite place to write is in her back room “treehouse” in the arms of an old oak. 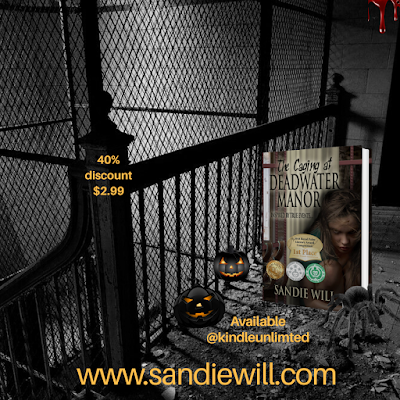