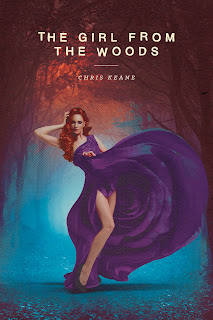 The Girl from the Woods

Chris Keane
Genre: Paranormal Romance
Publisher: Pennant Collective
Date of Publication: April 25th,
2017
ISBN: 978-0692832172
ASIN: B06X9Y715F
Number of pages: 144
Word Count: 43,000
Cover Artist: Nick Kiefer
Book Description:
It’s summertime and the last
place 19-year-old Dante Elton wants to be is at his grandmother’s in rural
upstate New York. But it’s exactly where his parents dump him, as they jet off
to Europe. Without a car, cell service, or even basic television, there is
nothing to do but wander around the nearby woods just as he had as a small
child…
There he meets sexy—and slightly
older—Angie Sewall while on a hike. On the surface, she’s a devoted daughter
content to be single while she manages her father’s medical practice. Yet deep
down, Angie is bored and heartbroken…and is harboring some special gifts that
she keeps secret from her father and their backwoods community.
When Dante’s grandmother’s health
declines, he reaches out to Angie’s father for help, only to uncover the good
doctor’s dark side. When Dante confides in Angie, it drives a spike into their
budding relationship. He’s left to wonder if he’s all alone in his quest to
save his grandmother
Amazon
Interview with the Author:

In 1995 I read a book called High Fidelity by Nick Hornby and was blown away.  The first person narrative was so real, like being inside the main character’s head. It reminded me of The Catcher in the Rye, but the subject matter was so much more relatable to me (the trials and tribulations of dating and relationships).  It was also very funny. This made me want to write about my own experiences but first I had to learn about how to go about formatting a story.

After writing a script for a short film called The Baseball Card, I got to experience the world of Indie Films. I loved being a part of a community of artists trying to make something original from their own experiences. Since then, I found that there is a huge community of Indie Writers as well, which I ‘m happy to be a part!

It’s funny that you ask that. I’ve always found that great stories stay with you. While others, vanish the minute you close the book. I hope that the characters and their journey resonate with readers. For the story or the character, or some dialog to linger in their everyday lives after reading.

The most rewarding part is the work itself. Deep down, I know when a piece of prose is good. And it’s a great feeling when you have nailed something down properly!

Honestly, finding the time to do it. I have a day job and a family, so it’s a struggle to find those windows. Although, I actually work stories out in my head all the time. So, when I do sit down to write I always have some idea what I’m doing.

Do it for the love of writing, not for fame and fortune. I think that if you are doing what you love you it’s a win/win.

I’m on Social Media all the time. So, Twitter and Instagram are the main ways I use to interact with readers.

As the sun
splintered through the gaps in the tarp, Dante held Angie in his arms while she
slept. He had never felt or even imagined being this happy. He watched her
sleeping peacefully, half-expecting she would just vanish like the girl from
his dream. She seemed other-worldly, more of a product of his imagination than
the surrounding environment. In the real world, a beautiful girl like Angie
would barely give him the time of day. She wouldn’t be into reading horror or
Japanese anime either. She would probably be rejecting his friend request on
Facebook.
He still hadn’t
told Angie that she had appeared to him in his dream back in New Jersey. He
figured she would probably just laugh at him. The past few weeks, he had
assumed he would forget about it. Yet somehow, the thought wouldn’t vacate his
brain. If she had actually appeared to him in his dream, this was no ordinary
girl, and that frightened him. She seemed normal, but her father did not. He
was an eccentric man with a sketchy past. Dante had come across a stack of
books on witchcraft in his study. But she brushed it off, saying that he had
grown up in Massachusetts, and everyone up that way was into the history of
Salem. 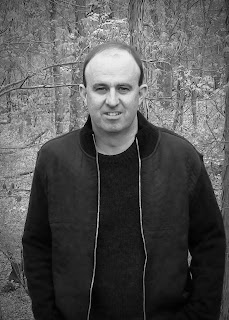 Chris is a graduate of Rutgers
University and studied the art of storytelling at Gotham Writers’ Workshop in
New York City. Chris’ first publication, “Loot,” became a bestselling
Kindle Short Read, in the category of Young Adult Fiction.
“Loot,” set on
Halloween in 1977, tells the tale of three boys who skip Halloween to hunt for
cash to purchase an Atari in an old farmhouse belonging to one of their
deceased aunts. Adventure ensues in his coming-of-age tale in the spirit of
Stand by Me and The Goonies.
In addition to authoring prose,
Chris is a screenwriter. In 2013 he wrote the screenplay for a short film, The
Baseball Card, about three twelve-year old boys who fight over a Don Mattingly
baseball card during the summer of 1984. The Baseball Card was an official selection
of the Garden State Film Festival, Hoboken International Film Festival, and
Maryland International Film Festival in 2014.
The Girl from the Woods is his
debut novel.
https://twitter.com/KeaneFiction
https://www.instagram.com/keane.fiction.llc/ 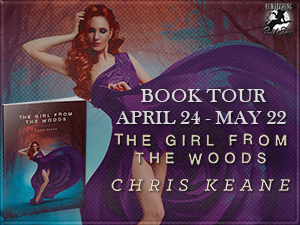