Today, we look at UNHUMAN LIGHT. 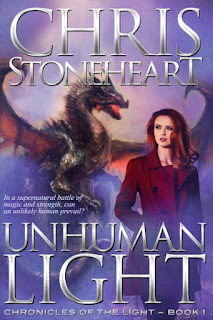 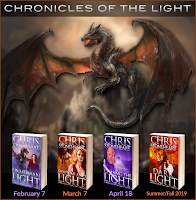 About the Author:
Chris Stoneheart lives in a fifty-year-old house smack dab in the middle of The South, with what promises to soon be a full-fledged herd of retired racing greyhounds. Chris read The Hobbit in elementary school, and The Lord of the Rings in middle school, and has been addicted to fantasy ever since. (It’s probably best we don’t talk about what Chris read in high school.)
Chronicles of the Light gives us a world where weredragons, werewolves, werelions, three different species of vampires, and a variety of other mythological beings exist.
Stay up to date on new releases by joining Chris’s mailing list at http://eepurl.com/gcNe7v
ARE YOU STALKING ME? You should be! Come find me!
CHRONICLES OF THE LIGHT DISCUSSION GROUP ➔  https://www.facebook.com/groups/708444462889798/
AMAZON FOLLOW ➔ Did you know Amazon will automatically email you a link every time I publish a new book! Click the yellow FOLLOW button under my author picture. ➔ http://amzn.to/2D3t5Fs
PERSONAL FB PROFILE ➔ https://www.facebook.com/chris.stoneheart.35
BOOKBUB FOLLOW ➔ Want to have my sales sent directly to your inbox? Follow me here ➔ https://www.bookbub.com/authors/chris-stoneheart
WEBSITE ➔ Come check out my new website! ➔ https://www.chrisstoneheart.com/ 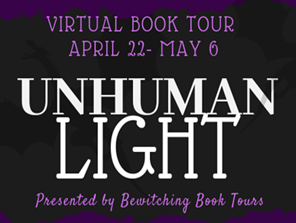