The Urban Fantasy genre has been inundated with many great stories from hundreds (if not thousands) of fantastic writers. I’ve always found it fascinating but m first exposure to the idea of it came from the Shadowrun roleplaying game. My uncle gave it to me for Christmas. He did so because the original book was set in Seattle but what it did for me is open my mind to possibilities.

To that point, Elves, Dwarves and Orcs lived in the pages of fantasy novels. They were Lord of the Rings, Dungeons and Dragons and old school video games. They didn’t use handguns or computers, they weren’t in a modern world and while Shadowrun is set in a cyberpunk future, changing it up got me thinking.

I didn’t think much more about the genre until Vampire: The Masquerade came out. As a goth kid in the 90s, I became absolutely addicted to that game and as they came out with other monsters in the modern world, the urban fantasy genre unfolded for me. I started thinking of my own versions and the very first story I came up with was the basis for The Hermes Foundation. Much later, I started thinking about Glamour & Shadows.

So while that may be how I came to enjoy the genre of urban fantasy, I started writing in it because I loved playing with pop culture and monsters. Having them indulge in video games, movies and the types of things we find entertaining, all while dealing with their own intrigues, made it unique and fun. This is why Ophelia is an avid gamer and consumer of cinema.

Ultimately, I find it comfortable to write in the Urban Fantasy genre and I love playing with the real world and all that mysticism. It’s served me well for this series and the one offs I’ve put together as well. It affords me the opportunity to twist things up and make them unique all while building fresh stories with a tried and true mystery foundation. 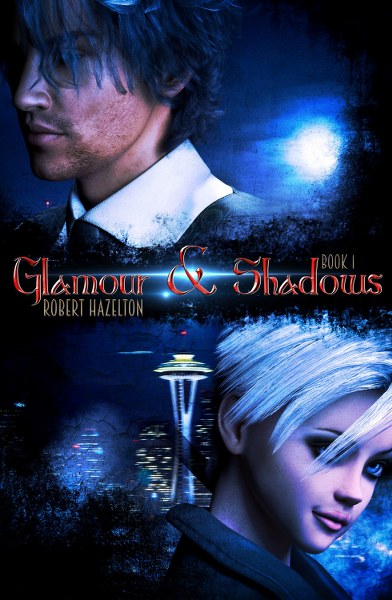 From the Author of Drown the Heart and Creative Spark, this is where the
Society stories all begin with a dimming of the lights.
Monsters Exist
Only the Society keeps humanity blissfully ignorant of the dangers that
lurk within every shadow.
Incubus Detective Algiers Stanton and his fairy partner Ophelia Dupre have
been working together for quite a while. One serious, one not so
much, they make a perfect team; complementing each other even as one
grates on the other’s nerves.
When they’re called upon to investigate a grisly murder thought to be
committed by a shapeshifter, it looks like a routine case of clean &
close, everyone happy. But the complications of a millennia old
organization refuse to go quietly under the rug and when the past
rises up to shake the very pillars of the Society, the two
detective’s lives may change forever in the process.
The shadows await!
Goodreads * Amazon 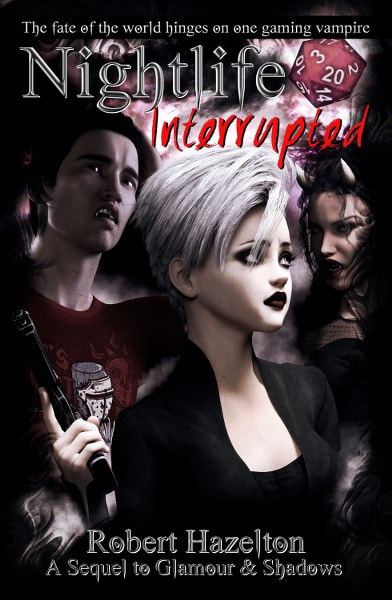 From the Author of Glamour & Shadows, Drown the Heart and Creative
Spark comes a vampire story with heart, soul and a twenty-sided die.
Roll for Initiative
Vinny Presaro has it made. A newly created vampire, he owns the hottest
game store in town, wiling away his nights with role playing and
graphic novels. His life would be idyllic if not for his terrible
luck with romance and the vivid, disturbing dreams he has every
couple weeks. They seemed like mere fantasy so he did his best to
write them off (the dreams, sure but also the chances of being near a
woman without her nervously eyeing the door).
His latest nightmare came in the form of an apocalyptic scene complete
with rivers of blood, pieces of people and a demonic girl dancing
amongst the carnage. When she comes walking into the store, he’s
faced with the possibility that he could be having premonitions and
not a chemical reaction to bottled blood.
Vinny reaches out to investigator Ophelia Dupre to help him understand his
revelation. Unfortunately, she has some trouble with Vampires so
their working relationship is strained to say the least. Armed with
pop culture references, preconceived notions and a couple big guns,
these two very well may be the only thing standing between the world
and the end of days.
We might be in trouble
Goodreads * Amazon 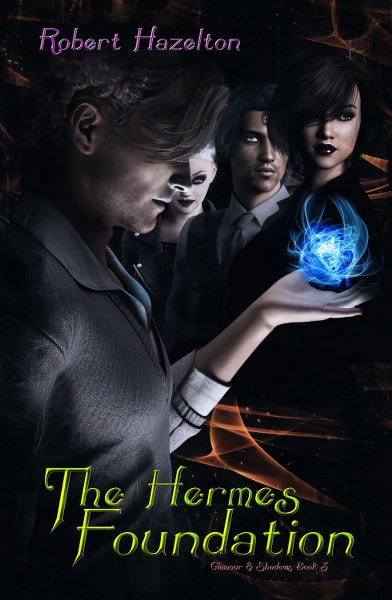 From the Author of Glamour & Shadows and Nightlife Interrupted comes
the third book set in the world of the Society.
Magic is Real
Lillian Bowan has seen a lot. A former war correspondent turned struggling
journalist, she has been searching for the one story which will
satisfy her ambition, to be part of something meaningful. When she
rushed down for a coveted TV spot covering a gas main explosion, she
never dreamed it would put her on a dangerous path of discovery.
Nicolas Chabrier lives in a world of demons and mysticism, where vampires are
real and shape shifters stalk the night. An independent wizard
trained by an esoteric group outside the bounds of reality, he tries
to keep a low profile out of the supernatural spotlight. When he
saves Lillian from a demonic incursion and tries to erase her memory,
he finds something far more insidious than a random invasion.
But not always wondrous
Goodreads * Amazon 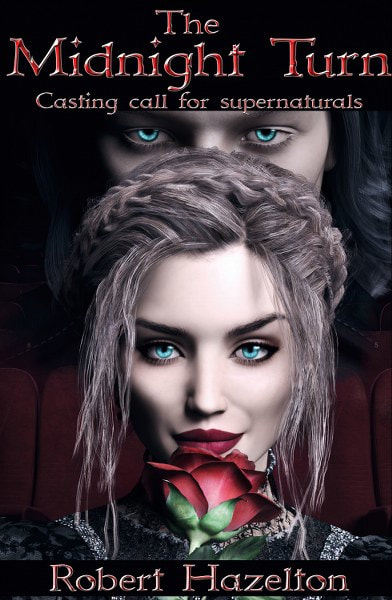 Hollywood beckons!
Genevieve St. Claire’s novel The Midnight Turn became a big hit when it was
initially released. Her meteoric ride to genre fame brought her to
various conventions, talk shows and workshops across the country.
When a movie producer decides to option the book for a big budget
movie, her head spins with the possibilities, especially since she
can’t claim the rights to her first book, a well-known horror novel
published in 1818…
Gen’s second dive into literature was inspired by her vampire creator,
Christian Lark, an unpredictable and romantic figure she’s polished
into something a modern audience can tolerate. Enter the proposed
leading man, Jacob Moran, wizard and descendant of the Lark line. His
semblance is uncanny, his youth intoxicating but there’s also Allan
Taylor, the handsome screenwriter hired to adapt the book.
With half a dozen lives intermingling amidst the chaos of film production,
The Midnight Turn explores a human experience through the eyes of the
supernatural.
Enjoy the show!
Goodreads * Amazon 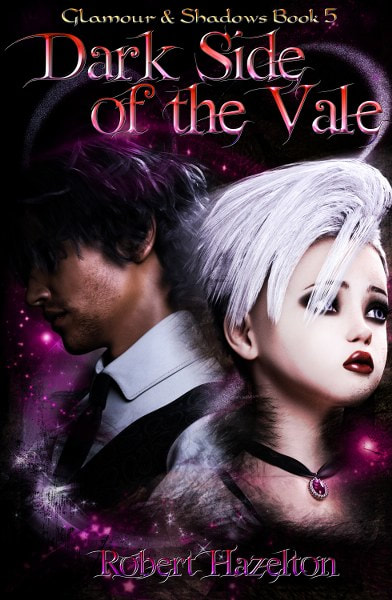 Dark Side of the Vale
Glamour & Shadows Book 5
295 pages

A Messy Crime
A seemingly normal family is murdered, their home turned into a
horrifying scene of torture and chaos. Their deaths follow a pattern,
an extreme version of three serial killers terrorizing the country.
The Society steps in to explore any supernatural angle the case may
present and begin to work with Special Agent Rebecca Marsh of a newly
formed FBI group code named The Park. Versed in all manner of
paranormal creatures, she is to act as an ambassador to ensure humans
and monsters can work together.
Such a dramatic change comes as quite the shock to Incubus detective
Algiers Stanton and his fairy partner Ophelia Dupre. They land the
case and the task of playing politics with their new human colleague.
After spending years ensuring humans never learn about them, this
goes against everything they know but they’ll need all the help
they can get to stop the murderers before they strike again. For
these fiends are not merely ending lives, they are collecting
ingredients for a sinister plan, one which may destroy the world as
we know it.
The Detectives Have Returned
Goodreads * Amazon 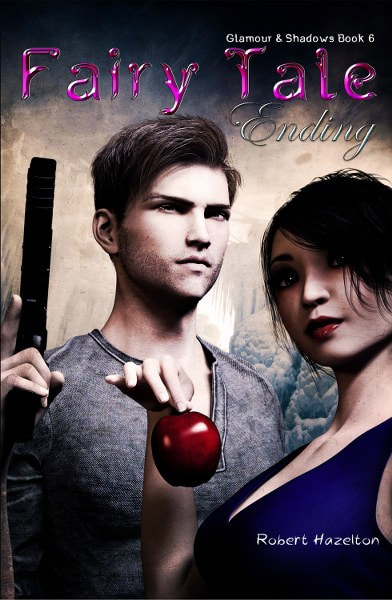 Desperation Breeds Obedience
Renard Martin lives a simple life. As a hitman for a Society bigwig, he
takes on targets the former Cleaners used to handle. As a graduate of
the infamous Lark sanctum, he’s a dangerous and irreverent person
who has no desire to remain beholden to anyone. After his family was
brutally murdered, he thought he lost them all but then he heard a
rumor. His sister Victoria may still be alive and the vampire Marius
Sontag promised to help him find her…for the price of becoming an
assassin.
Belia Dellacroix never got to live for herself. The ward of an ancient
vampire, every event of her existence has been carefully planned,
governed and censored. This has not left her without guile, however
and once she discovered the grim fate her guardian had in store for
her, she took drastic action. Stepping out means incredible risk and
so she turns to the only person she can in her carefully designed
world: a certain Society hitman looking for something dear to him.
But will Renard prove too unpredictable and harsh for her needs? Holding
leverage over his head might well be the most dangerous thing she’s
ever done but desperate times call for desperate measures. Without
him, she’ll be an unwilling sacrifice, killed for a chance to claim
ancient power but if she can keep her protector on track and under
control, she may just get the fairy tale ending she’s always hoped for.
Goodreads * Amazon 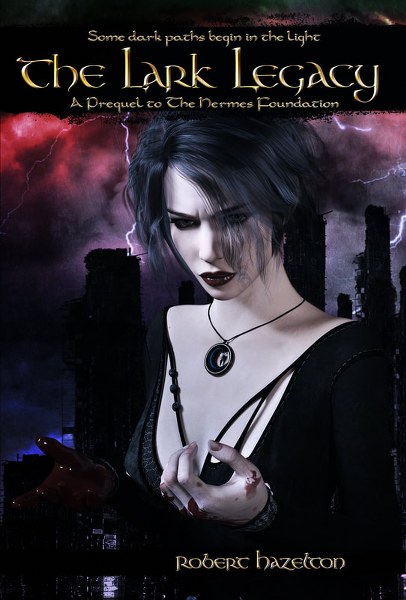 Without Direction
Ruby Lark comes from a long line of curious and reckless wizards. Her
father, Henry Lark, runs a strict sanctum where students are taught
through a brutal curriculum of harsh consequences and cruelty. He
seems to have some nebulous purpose for her in mind but his
dispassion and formality have kept them apart, master and student
instead of parent and child. With no friends, no recourse and no
sanctuary, she steeled herself for a life of service to a cause she
would probably never understand.
Mortimer Dampton started at the Lark Sanctum at the end of his education. A
brash, charming wizard, he comes with a wealth of necromantic
knowledge. Henry assigns him to partner with Ruby, who instantly
takes a dislike to his overly familiar, roguish personality. But he
may just hold the key to her salvation, even as he begins to defy the
edicts of her father, sending them both on a course to their fates.
Without Limits
Goodreads * Amazon 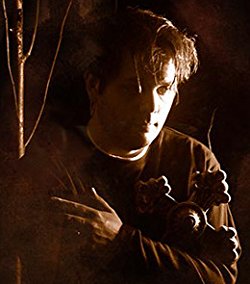 Robert Hazelton has been writing short fiction, novels and music his entire
life. As the founding member of Deadly Nightshade Botanical Society
and a long time member of the band Abney Park, he has traveled
extensively and performed countless shows in exotic locales.
Robert writes in a variety of genres but keeps drifting back to modern
fantasy/horror. He considers Elizabeth Moon, Frank Herbert, and
Steven Pressfield to be his biggest influences.
Website * Website * Website * Facebook * Twitter * Amazon * Goodreads