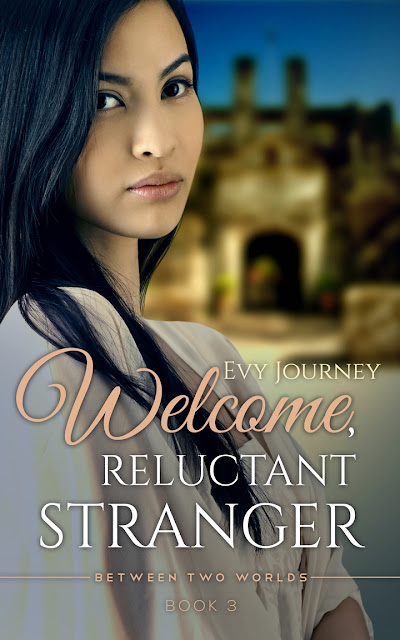 What happens when a brokenhearted computer nerd and culinary whiz
gets rescued by a relationship phobic psychologist with a past that
haunts her? For Leilani and Justin, it’s an attraction they can’t deny
but which each is reluctant to pursue. More so for Leilani whose family
had to flee their troubled country when she was only nine.Leilani is focused on leaving the past behind, moving forward. But
when she learns the truth behind her family’s flight—the shocking,
shameful secret about her father’s role in a deadly political web—she is
devastated.Is her father a hero or a villain?  Can she deal with the truth?But the past is impossible to run away from. Together with Justin,
she must get her father out of her former home. Can she forgive her
father, accept him for what he is? And can she reconnect with her roots
and be at peace with who she is?

I got drawn into solitary pursuits growing up with a loving, indulgent grandmother and two grown-up aunts in a house full of my dead grandfather’s books. First, I drew, then I read. When I returned to my parents, I began to write my thoughts and feelings in a little notebook—I suppose to cope with feeling out of place. Later, I wrote a few short stories for the school paper. Some teachers complimented me on my writing. I’m sure that helped shape my interests as well.

I became editor-in-chief of the high school paper and I loved it. I wanted to be a journalist.

My parents discouraged me from a writing career. “No money in it. How about chemistry?” I was also good in math so I played along, but I found chemistry utterly boring. My parents agreed to compromise: “How about social sciences?” So, I switched to psychology which I liked.

Grad school and my jobs after that involved much writing, research report writing to be exact. So, they did fill my need to continually engage with words. And they more than paid for my bills—which helped immensely.

But through all that, I wrote fictional scenarios on loose sheets of paper. I guess back of my mind was a desire to take up that dream again. A dream buried for a while under the weight of daily life. When life eased up a little, and prodded by my geeky son, I started a blog which focused on art and the many trips my husband and I took. Then, I began seriously writing a novel. With the internet, going the indie route made publishing easy.

When it comes to expressive forms of communication like fiction or visual art, individual tastes dictate what you’ll enjoy or find memorable. So, if you like stories liberally sprinkled with angst, you’ll find something to chew on in my novels. My novels dance around love stories but they don’t often follow the usual tropes of the romance genre. Love, for most of us, plays a big part in our lives, but loving occurs in the context of how we live, which often has quite a bit of messiness (both little and big). So in my books, as for many of us, I try to show that love supplies some of the best opportunities for growth.

I’ll answer these two questions together because the answers to both are hard to separate.

Fiction is different from the kind of writing I used to do which was grounded on facts, analysis, drawing of conclusions or recommendations and which often followed a more rigid structure and its own special lingo. Fiction requires much more imagination, gives you much more leeway. In some ways, it’s scarier because there are no must-follow rules. But it’s freeing. That’s the best thing about it for me. When you create a character and a fictional story, you have a lot more control, as opposed to facts and method having control of you.

Having said that, I’ll add the caveat that fiction writing also demands that you open yourself to circumstance, to have the courage or imagination to veer away from your original story because of how characters or scenes develop. That’s what makes fiction writing occasionally surprising and exciting. And, of course, challenging. I love that aspect of it, too.

What advice would you give to people who want to enter the field?

I never presume to give advice. I’ll give my opinion, though. The gaps between selfies (if I may borrow that term) and traditionalists are closing—resources to aid writers, the advantages, earnings, even the need to assume a significant role in marketing. As a selfie, I would concentrate on writing the best book I can possibly write. And read, read, read the truly great writers.

I’d love to have you come to my author website: https://www.evyjourney.com where I write about experiences that have inspired my stories. Also some personal thoughts on writing.

Better still, you can join the fray in my new Facebook group: https://www.facebook.com/groups/thoughtful.romreaders.love.food/

Evy Journey, SPR (Self Publishing
Review) Independent Woman Author awardee, is a writer, a wannabe artist, and a
flâneuse. Her pretensions to being a flâneuse means she wishes she lives in
Paris where people have perfected the art of aimless roaming. She’s lived in
Paris few times as a transient.
She’s a writer because beautiful prose
seduces her and existential angst continues to plague her even though such
preoccupations have gone out of fashion. She takes occasional refuge by
invoking the spirit of Jane Austen and spinning tales of love, loss, and
finding one’s way—stories into which she weaves mystery or intrigue and sets in
various locales.
In a previous life, armed with a Ph.D.
and fascinated by the psyche, she researched and shepherded  the
development of mental health programs. And wrote like an academic. Not a good
thing if you want to sound like a normal person. So, she began to write fiction
(mostly happy fiction) as an antidote.
Her latest book is Welcome Reluctant Stranger.